Short supply situation of glyphosate shall not last very long 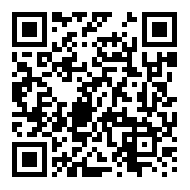 Since the beginning of this year, glyphosate continued to play the leading role in the Chinese market, the price increased significantly in the year. According to the statistics ended by September 25, price of technical glyphosate through glycine route grew up over 50% to Yuan 35,000 over Yuan 23,000 at the beginning of the year.

According to the survey, main glyphosate manufacturers in China are generally in the performance of the orders in previous 2 or 3 months for the end users, formulators or overseas distributors, and basically not any stock are available for sell.

But the short supply situation of glyphosate will be relieved and the price will be stable, the main reasons are:

1. China banned glyphosate AS with content below 30% which is prepared by glyphosate mother liquor. That implied higher environmental protection costs for glyphosate manufacturers and making the price increasing. In addition, many outdated companies were left due to the stringent environmental regulation, resulting in the output fell.

2. Since last year, market demand for chloromethane reduced due to the recession of the organosilicon industry, leading to decline in the price of chloromethane. As the byproduct, chloromethane issue limits the output of glyphosate manufacturers with glycine device.

3. As the price fell in late of 2008, creating a downward spiral on profit for quite a while, many struggling small and medium-sized glyphosate manufacturers were left one by one. The inventory reduces while the output decreases.

So, the output fell significantly and inventory reduced in circulation due to high cost of production, in turn making the merchant replenishment leading to the price rebound. As merchants buy on the way up not on the way down, the product supply cannot keep up with the pace of price adjustment in a short time, resulting in such short supply.

Crop planting is seriously affected by unusual drought in North American region in the first half year. So it is the shortage of storage which leads to the current unbalanced demand and supply relationship instead of growing market demand. As the manufacturers’ production capacity of glyphosate shall be updated after M&A and company restructuring, it is estimated that the current situation shall not last very long.

The higher glyphosate price excludes market speculation; it should be understood as the price is rising again reasonable. It’s not likely for the sharp upward movement in price, because the shortage is caused by increased market demand but the limited production capacity of the main manufacturers.