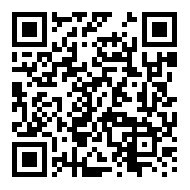 The latest figures from the Russian agriculture ministry show that grain crops on 4.3 million hectares that had been planted this have been lost because of the drought.

However, a total of 77 per cent of the land planted has been harvested. This is 996,000 hectares more than at this time last year.

With the areas that have been lost to drought, in all 85 per cent of the area that was planted has been harvested.

It is estimated that the yield per hectare is going to drop this year as well and the final harvest could be between 72 and 73 million tonnes. So far about 63.3 million tonnes has been collected.

Russia's Deputy Prime Minister of Russia Arkady Dvorkovich announced that the soybean harvest is expected to be about the same as last year at about 1.7 million tonnes. Rapeseed is going to be higher at 1.15 million tonnes, but sunflower seed and sugar beet are expected to be down on last year.

This drop in production is less to do with the drought and more down to planting and optimising the crop areas, the Minister said.

He added that the volume of production will ensure sufficient supplies for the fat and oil companies and the raw sugar beet companies.

The minister added that the volume of production with carryover stocks of grain, which is 19.4 million tonnes, will meet domestic needs and export potential will generate about 10-14 million tonnes.

The farms have cut 21.3 million tonnes feed fodder meeting about 65 per cent of the needs for the country's cattle herd.

The minister said that there have been problems with fodder in Dagestan, Ingushetia, the Republic of Altai, Khakassia, Altai Krai, Kemerovo, Novosibirsk and Tomsk regions, but the shortfall should be made up from the neighbouring regions.

The farms are starting to prepared to sow winter crops and it is forecast that 16.8 million hectares of winter crops for harvest in 2013.

Because of the drought a state of emergency was declared in 20 regions of Russia, after they appealed to the Government of the Russian Federation for funds from the federal budget for support. Total loss of land for crops was 5.95 million ha (7.8 per cent of the total sown area) affecting 9,815 households,and the damage to the regions was estimated at 45.3 billion rubles.

"Prompt resolution of this will largely help the financial sustainability of agricultural now and in the future and make the regions more prepared for the spring field work in 2013," Minister of Agriculture of Russia, Nikolai Fedorov said.

Source: The Crop Site
Click to bookmark and build your agrochemical knowledge base
Print
ForwardShare