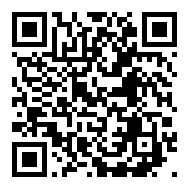 Favorites Print
ForwardShare
Sep. 20, 2012
Chinese company Jiangsu Lanfeng Biochemical Co., Ltd (“Lanfeng Bio-Chem”) recently announced its performance results of the first-half year of 2012, revealing the company’s operating income to be Yuan 627.31 million which is 6.17% up compared with the same period last year, operating profit to be Yuan 44.94 million, down 37.53%, total profit to be Yuan 44.73 million, dropped 37.28%. The decrease of operating profit and total profit is attributable to the drop of product selling price, significant increase of R&D and financial costs.


The company’s pesticide operating income increased by 10.16% to Yuan 497 million, thereinto, operating income of fungicides was Yuan 291.46 million, down 14.71%; followed by herbicides, Yuan 93.81 million, up 27.72%, of which hexazinone had the highest growth; insecticides rose by 232.05% reaching Yuan 106.01 million, which is mainly a result of the capital raise project becoming operational.


The company’s sales in international market in first-half year 2012 have grown up to Yuan 394.60 million, up by 16.41%; however sales in domestic market were not so satisfactory, which was only Yuan 232 million, slipped by 7.61%.


Lanfeng Bio-Chem is a large-scale agrochemical enterprise specializing in research, production and sales of pesticide technical and formulation series including fungicide, insecticide and herbicide as well as fine-chemical intermediates. The Lanfeng Bio-Chem’s major product capacity ranks among industry leaders, being China’s largest thiophanate-methyl producer, one of the several Chinese enterprises which can manufacture spermine and also a prime hexazinone supplier in China. The company’s products are exported worldwide, covering 35 countries and regions across North America, South America, Europe and Asia.