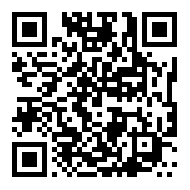 The President of the Departmental Federation of Vegetables, Fruits and Tuber Producers (FEDEHFRUT), Noé Morón, reported that small citrus growers of Santa Cruz are starting to feel the effects of drought, since the lack of rain in some areas of the region is affecting the citrus (tangerine, orange, lemon and lime) production.

He said that the north area of the department of Santa Cruz is the most affected, because in the municipalities of Yapacaní, Santa Fe, Buena Vista and Bella Vista has not rained for several weeks.

The representative stated that they have no support from the national and departmental authorities, which aggravates the economic situation of producers even more.

He reiterated that the national government should implement at once the productive agricultural insurance to alleviate the economic damage that droughts and frost, plague the department of Santa Cruz.
View More