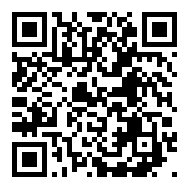 In the first half year of 2012, Chinese company Hubei Sanonda Co., Ltd (Sanonda) achieved an operating income of Yuan 1.117 billion, 12.09% up compared with the same period of last year; net profit attributable to mother company was Yuan 23.98 million, down by 20.98%. The profit somewhat dropped due to increase of cost of energy, raw material, labor and impact of depreciation.


Sanonda states that the world economic downturn continued over the first half year of 2012, when pesticide capacity exceeded demand resulting in excessive stock while raw material and energy prices still remained to be at a higher side; the tense competition in the pesticide market hindered the profitability of the company.

Sanonda estimates that the hindrance to achievement of business plan includes: 1) impact to company’s development caused by pressure to Chinese economy due to continuation of European debt crisis and the slow-down of US economic recovery; 2) tense competition in pesticide market caused by oversupply and accelerated presence of international pesticide enterprises in China; 3) adverse effect to the cost of production caused by continued higher prices of chemical crude and energy; 4) more stringent environmental compliance regulation adds up to the company’s cost of operation.