Severe weather drives up the cost of Italian agriculture 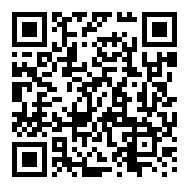 The stormy weather accompanied by torrential rains and hail that sporadically hit the crops drives up the cost of the damage to agriculture to almost 3 billion Euro, after a crazy summer, marked by the worst drought in nearly 10 years. That's what emerged from an assessment of Coldiretti, a growers organization, from which it is clear that more than 10% of agricultural GDP has been lost.

Many farmers - Coldiretti continues- have seen the work of an entire year vanish following a period of intense heat and lack of rain which has drastically cut yields of maize, tomato, beet, sunflower. Hail caused irreversible damage to particularly sensitive crops such as tobacco, fruit and especially grapes awaiting harvest.

The most affected regions were Veneto and Emilia-Romagna that count losses estimated at one billion each. Serious damage occurred also in Tuscany (260 million), Lombardy (200 million), Apulia (180 million), Umbria (70 million) and Marche (60 million), but to some degree the crops have suffered in every region.

This crazy summer has ruined as many as 50% of the tomatoes in Puglia, burned 30% of the national crop of corn and up to 40 percent of soybeans. Significant reductions are forecast for sugar beet and sunflower (-20%) as well, not to mention the 10% drop in milk production due to heat stress of cows.

Source: coldiretti.it
Click to bookmark and build your agrochemical knowledge base
Print
ForwardShare