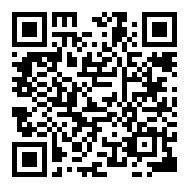 A decision by the European Court of Justice has clarified the legal requirements concerning the cultivation of GM crops within the European Union member states.

The decision confirms the non-legitimacy of national authorizations introduced in addition to the approval of biotech crops established by the European legal framework, and it also confirms that coexistence measures are not mandatory to grow GM plants.

Paolo Marchesini of DuPont Pioneer said he was "really satisfied with today's decision of the European Court of Justice".

"Concerning our GM crops’ cultivation experience in other countries, we have always been operating in full compliance with our strict internal and internationally accepted product stewardship standards in order to prevent cross pollination.”

The issue of genetically modified crops continues to spark heated debate. Around 200 activists protested against open air GM testing earlier in May.

"Experimenting with staple crops is a serious threat to food security. Our resilience comes from diversity, not the monocultures of GM" said Gathuru Mburu, co-ordinator of the African Biodiversity Network.

"Beneath the rhetoric that GM is the key to feeding a hungry world, there is a very different story - a story of control and profit. The fact is that we need a diversity of genetic traits in food crops in order to survive worsening climates. Above all, people need to have control over their seeds" he said.

The decision of the European Court of Justice follows a formal request submitted by Italy’s State Council in the frame of a legal case initiated by Pioneer Hi-Bred Italia srl versus the Italian Ministry of Agriculture, who had often refused to grant authorization to cultivate GM seed products in the country. The reason for these denials, according to the Ministry, was the absence of official national coexistence guidelines.

"DuPont Pioneer is now waiting for the final decision of Italy’s State Council on the pending legal case versus the Ministry of Agriculture,” said Paolo Marchesini.

"We hope the current ban on cultivation, denying Italian farmers the free choice to grow GM or conventional crops, as allowed by the EU legislation, is going to be removed soon” (Dir 90/220/EU in accordance with Reg (EC) No 1829/2003 and Dir 2001/18/EC).

In Italy, adoption of GM maize is expected to bring an increased maize production from 40,6 million Euros to 108,2 million Euros, depending to the level of the pest pressure and damages.