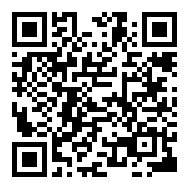 More attention must be paid to the prevention and research of cereal rusts and powdery mildews in China, a senior official said on Wednesday.

The two diseases could lead to an overall decrease in food production of 5 to 10 percent, but losses could be as high as 30 percent in serious cases, Li Jiayang, vice-minister of agriculture and vice-president of the Chinese Academy of Agricultural Sciences, told a three-day international conference.

A wheat stem rust, named Ug99, is already found in wheat fields in several countries in Africa, Asia and the Middle East, and could spread to China, Duan Xiayu, a researcher at the Institute of Plant Protection under CAAS, warned.

As the world's largest producer and consumer of wheat, China should pay attention to the two diseases for the sake of food security, the researchers said.