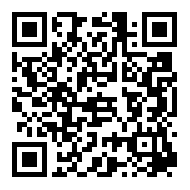 Favorites Print
ForwardShare
Aug. 30, 2012
The summer crops in South and East Europe have been hit by drought with high temperatures and a lack of rainfall according to the latest Europe Mars Bulletin.
The report says that the dry weather accelerated the harvesting of winter cereals.

Yields are forecast to be well below average for summer crops and the situation is reflected across in Spain, Italy, Hungary, Romania and Bulgaria.

Seasonal or slightly colder than usual thermal conditions dominated in North and North-West Europe, the report says and rainfall became less frequent in the region in the latter half of July and into August as compared to the first half of July.

The dryer weather helped the harvest of winter cereals and provided good conditions for the growth and development of summer crops.
View More

Source: thecropsite
Click to bookmark and build your agrochemical knowledge base
Print
ForwardShare