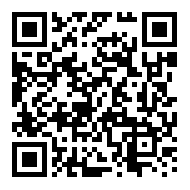 Favorites Print
ForwardShare
Aug. 27, 2012
Until 30 June 2012, Shenzhen Noposion Agrochemical Co., Ltd achieved total income of Yuan 1.116 billion, being 3.88% down year on year; its total profit and operating profit respectively dropped by 13.84% and 16.07%, of which income from pesticide formulations dropped by 2.51% down to Yuan 1.039 billion; gross profit ratio decreased by 0.37%.
The business income from insecticide which is the company’s largest product category was Yuan 521 million, 5.95% down year on year. Of the 3 major chemical pesticide series, only fungicide sales maintained a slight growth by 6.48%; also additive products grew by 9.14%, up to Yuan 11.19 million.
So far as the territory of trade is concerned, sales in North China, northwest and southwest grew respectively by 30.29%, 10.76% and 2.5% while other regions dropped down at different level, especially northeast China experienced a worst situation which was almost 1/4 down.
The company states that although sales in the first half year has dropped slightly but there is a high expectation on performance in the second half year when situation is going to turn for the better. Additionally the company estimates that the company’s net profit attributable to shareholders of listed companies from January to September 2012 will reach Yuan 99.4868 million up to Yuan 149.2302 million which will range between -20% to 20%.