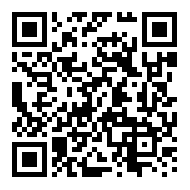 China agrochemical company Jiangsu Changqing has seized the opportunity of the continued growing pesticide demand in first half of 2012 and fully utilized its advantages brought by the leading products and brand image, resulting in a satisfactory performance. Its sales income in 1H 2012 rose by 32.47% to Yuan 655 million.
The company’s wholly owned subsidiary – Jiangsu Changqing Agrochemical Trading Co., Ltd achieved a business income of Yuan 105.8225 million and net profit of Yuan 772,900. However due to severe market competition, its gross profit from sales of pesticides of other manufacturers other than Changqing Agrochemical or its subsidiaries appears to be lower than expected.
As driven by the global strong demand for herbicide and pesticide, the company’s direct export volume achieved 79.23% growth with net profit of Yuan 78.4973 million which is up 23.35% with the same period of last year, as well as a net profit excluding non-recurring gains and losses of Yuan 78.1397 million with growth of 51.75% .
OUTLOOK
Thanks to the recovered demand for pesticide also the completion of all projects financed by the company’s raised funds, the company’s net profit attributable to shareholders of listed companies from this January to September is expected to reach between Yuan 106 million to 133 million while net profit will increase by 20% to 50%.
Moreover the land acquisition and infrastructure construction works pertaining to the company’s subsidiary in Nantong, which is a technical-material production base is about to complete, to be followed by start of constructions of phase 1 technical-material production project in the second year which will include the 2,000-ton dicamba production line expected to be brought on stream in April 2013.
Dicamba is a selective herbicide, which is mainly used to weed dry soil Gramineae. As some crops have presently become resistant to glyphosate, the complex of dicamba and glyphosate is worked for application. Also over recent years some international industry leaders are cultivating new transgenic plants which include plant varieties against dicamba, so this initiative will drive an increased demand for dicamba.
The company anticipates that from the second year after the project is brought to full-capacity operation, there will be an additional sales income of Yuan 200 million and net profit of Yuan 21.21 million. Changqing is confident of the promising Nantong production base. The phase 1 design of the production base covers 8 new varieties, it is expected that the company’s performance will double that of 2011 after all 8 varieties are brought into production.
Changqing specializes in production and sales of 3 major chemical pesticide series - herbicide, insecticide and fungicide, covering some 20 technical materials and 70 formulations, which are all high efficient, low toxic and low residue pesticide products. So far the company possesses 11 licensed patents of invention.
View More