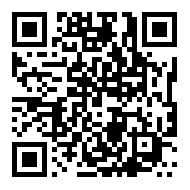 A spokesman for the Crop Production Department of the Ministry of Agriculture (MOA) said the recent outbreak of armyworms in major grain producing regions in northern and northeastern China has posed a severe threat to the production of corn and rice in the country.

"We haven't seen such a pest plague in so many places in almost a decade," the spokesman said in a new brief on the MOA website.

To date, at least 2 million hectares of autumn crops nationwide have been affected by the outbreak in Hebei, Jilin, Liaoning, Heilongjiang and Shanxi provinces, as well as in Inner Mongolia autonomous region and Beijing and Tianjin municipalities, according to the MOA.

Provincial authorities have dispatched more than 70 working teams to the affected areas to step up pest control efforts.

China's worst armyworm outbreak in almost a decade synchronized with an upsurge in global grain prices after severe droughts in the United States, where the driest conditions in more than half a century has battered corn and soybean crops and brought larger losses than expected.

The U.S. Agriculture Department, based on its first samples from parched farmland this season, estimated the corn harvest will drop 13 percent from last year to its lowest level since 2006 in the United States, the world's largest grain producer and exporter.

It is also predicted that the country's annual soybean production will decline 12 percent from the previous year.

The disappointing projection inspired traders at the Chicago Mercantile Exchange to build up their stockpiles and has pushed up corn prices over 50 percent since the end of May.

"Skyrocketing global grain prices have been mainly pushed up by the weather, speculative orders and attempts by international monopoly groups to manipulate the market," said Ma Wenfeng, an analyst with the Beijing Orient Agribusiness Consultant Ltd..

Ma said China might not suffer the same shock as those in the global market, but such price fluctuations will definitely lift food prices in the country.

Grain prices rose 3 percent year-on-year in China in July, marking a monthly average growth of 4.1 percent since January, according to the National Bureau of Statistics (NBS).

"We should not panic in the face of surging global prices," stressed Li Guoxiang, a researcher at the Rural Development Institute of the Chinese Academy of Social Sciences, as 95 percent of China's grain is supplied by domestic producers.

Other experts, however, were concerned that a spillover effect from the global market will force China to reduce its imports of agricultural products.

Customs data showed that China imported a total of 8.68 million metric tons of grain and grain flour in the first seven months of this year, up 261.3 percent from the same period of 2011.

China's monthly soybean imports also rose to a two-year high of 5.87 million metric tons. Chinese soybean refiners rely on imports for about 80 percent of their supplies.

Wen Tiejun, president of the School of Agricultural Economics and Rural Development with the Renmin University of China, said the external volatility did have an effect on China's grain market, but the impact will be limited to products including corn and soybean.

Though rice and wheat, two staple foods for the Chinese, are unlikely to experience a drastic rise in prices due to abundant domestic production, according to Wen, China's corn imports are likely to be pounded by price shocks from international grain traders for the rest of the year.

Since corn is a key ingredient of animal feed, possible corn price hikes may lead to pressures in farming and livestock industries, he added.