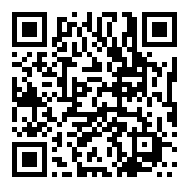 Favorites Print
ForwardShare
Sep. 11, 2008
The EU Court of First Instance has dismissed an application to overturn the European Commission's decision to withdraw the organochlorine insecticide, endosulfan. The active ingredient was in the first round of the EU review of existing ais. It failed to gain re-registration and the Commission initiated a phase-out programme to cease all uses of the ai by the end of 2007. Bayer CropScience, Makhteshim-Agan Industries, Greek company Alfa Georgika Efodia and Spanish company Aragonesas Agro brought the lawsuit against the Commission.
Spain was the EU rapporteur member state for endosulfan. The evaluation identified several areas of concern, including the long-term risk of endosulfan metabolites in the environment and the exposure of operators under certain conditions. The companies claimed that the Commission did not consider all the data submitted, but the Court sided with the Commission's arguments that it had the right to ignore any studies that were submitted after the deadlines had passed. The Court also concluded that the companies had failed to prove that they would have been unable to provide the data required within the deadlines.
The Court rejected the companies' pleas concerning the evaluation of metabolites, which included that: there were manifest errors of assessment; they were notified too late about the problems; and the guidelines for the relevance of metabolites were changed.
The companies claimed that the studies submitted after the deadlines would have resolved several of the concerns raised in the evaluation. The submissions included: data on a capsule suspension formulation, as an alternative to the original wettable powder or emulsifiable concentrate; and studies to support the companies' proposal that endosulfan could be restricted to glasshouse use to prevent metabolites entering soil or water.
However, the Court pointed out that the companies had been working on the capsule formulation "for many years" and said that it was "difficult to understand why they waited until the end of the evaluation procedure before submitting [the new formulation] as the final way of providing a safe use for endosulfan". It also questioned why the companies could not have submitted the glasshouse solution earlier in the evaluation procedure. In addition, it reasoned that, as the Commission and Spain did not agree that glasshouse use would remove the problem with metabolites, the new data may not have resulted in a different decision.
The companies contested the validity of the authorities' discussions about endosulfan's possible characteristics as a persistent organic pollutant or as being persistent, bioaccumulative and toxic, because such criteria are not stipulated in the EU agrochemical registration Directive (91/414). Nevertheless, the Court considered that the final decision on the ai was not incompatible with the general Directive 91/414 criteria. These are "framed in broad terms" and are based on "an analysis of the risk of harmful effects on human or animal health or on ground water or any unacceptable influence on the environment", it said.
The Court ordered the companies to bear their own costs and those of the Commission.
View More