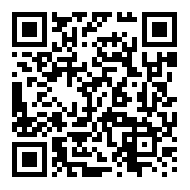 According to National Bureau of Statistics, China’s pesticide technical output volume totaled to 323,900 tons in June 2012, 14.2% up year on year, 0.2% down month on month. Jiangsu Province ranked No.1 with a total output of 106,100 tons, accounting for 32.75% of China’s total output; Gansu Province ranked No.1 in respect of growth rate with a ten-fold growth year on year. Other provinces like Shandong, Henan and Inner Mongolia have achieved considerable growth.