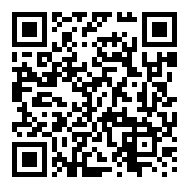 The deficient rainfall this monsoon has severely affected Indian agriculture, and the area being sown this kharif season has shrunk. This in turn has led to a fall in demand for major seeds.

The Rs 10,000-crore seed industry has taken a hit, and industry players say demand for major seeds has dropped by almost 10-15 per cent in the current kharif season, when bulk sales takes place.

Hybrid cotton seeds have taken the biggest hit, with their demand dropping by almost 15 per cent in the largest-growing state of Gujarat.

Gujarat, along with Maharashtra, contribute more than 80 per cent of the total cotton produced in the country.

The southwest monsoon has been around 19 per cent below normal across the country from June 1 to August 2, with large tracts in Gujarat and Maharashtra remaining unsown. Though rainfall deficiency has come down from 22 per cent a few weeks back, experts said it was too late to make any significant improvement in cotton sowing.

"Usually, we sell around 4.4-4.5 crore packets of cotton (570 grams each) during the kharif season. This time we have sold only 3.8-3.9 crore packets, and the sowing season is almost over,” Sameer Mulay, managing director of Aurangabad-based Ajeet Seeds Ltd told Business Standard.

He said along with cotton, sales of hybrid bajra and jowar seeds have also dropped compared to last year. “In several places of Gujarat, farmers who have earlier purchased cotton seeds are returning them to the shopkeepers in exchange for seeds of short-duration crops, as the time to plant cotton is now almost over,” Mulay said, adding this year seed companies have taken a beating.

M Prabhakar Rao, chairman and managing director of Nuziveedu Seeds Ltd, one of the largest producers of hybrid seeds in the country, also agrees to Mulay’s views.

The seed industry is estimated to be around Rs 10,000 crore, and seeds worth Rs 6,500-7,000 crore across all categories, including vegetables, are sold in the kharif season, Rao said. This year the sale of seed has already dropped by around 15 per cent.

Of the Rs 10,000-crore seed industry, Rs 6,500-7,000 crore of seeds across all categories including vegetables are sold in kharif season, Rao said. However, this year their sales have already dropped by around 15 per cent.

"In Nuziveedu seeds, we had targeted to sell around 120 lakh packets of seeds, but will sell around 115 lakh packets, which though will be growth from last year, will still be less than our target,” Rao said. The total sales of the company is also expected to remain around Rs 1,240 crore, a drop of around 4.6 per cent from the targeted sales.

Though seed prices have not moved much, demand has gone down, especially of bajra, cotton and jowar seeds, Rao said.

Ramasami of Rasi Seeds said though seed companies were expected to take a hit because of the low rainfall and less acreage sown, a final picture will emerge only by August-end.

"We will get to know the full extent of damage only after paddy sowing across the country is over, as the crop is one of biggest hybrids sold in the country,” Ramasami said.
View More