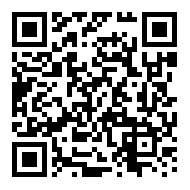 Favorites Print
ForwardShare
Aug. 3, 2012
A further 218 counties in the USA were declared drought disaster areas yesterday (1 August) and crop insurance companies have agreed to give farmers an extra 30 days to pay premiums before interest penalties kick in.

Crops are at risk across 32 states and almost 1.6m hectares (4m acres) of land in environmental and conservation schemes has been opened to grazing and haymaking in response to the drought which is affecting 66% of the nation's hay acreage and about 73% of the cattle acreage.

The latest designations mean that more than half of all counties in the USA have been designated disaster areas by the US Department of Agriculture this year, mainly due to drought.