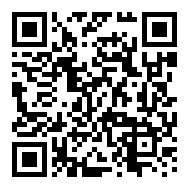 Due to severe drought Romania’s corn harvest may see a 50% drop on the previous year, which was 5.9 million tonnes. This is according to the Chairman of the Agricultural Producers Association of Romania, Laurentiu Baciu.

"If the weather for the next one to two weeks continues to be dry, Romanian farmers may lose half their corn crop," Baciu said in a press conference.

He also noted that the problem could worsen due to "the absence in Romania law to provide monetary compensation to farmers in case of such natural disasters."

Earlier, Romania’s Ministry of Agriculture reported an almost 100% loss of the canola crop. As a result, experts have predict a rise in the price of major agricultural crops, as well as increases in the cost of feed, which may see an increase of about 20%.

The production of wheat is also affected by drought. Authorities are forecasting a reduction of 20% compared to last year's figures.

"We expect a decline in total grain production of 20% and 17% in oats due to the severe frosts of last winter, as well as the uncharacteristic summer heat," said Daniel Botenoyu, press-secretary of the Ministry of Agriculture of Romania.

According to the Ministry’s latest report, the nation’s oat havest is almost complete, while wheat is only about 30%.

In previous years, Romania had the highest corn yield in Europe. The total volume of the 2011 harvest was about 11.7 million tonnes. Placing Romania second, after France, in Europe’s corn yeild table.