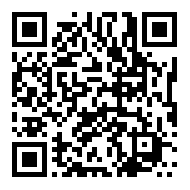 The Brazil Senate has rejected a government proposal to end the shipping tax, the AFRMM, on imports of raw materials for national production of agrochemicals and fertilisers. The levy is charged on the value of cargo arriving at Brazilian ports. Brazilian agricultural confederacy vice-secretary and national Senator, Katia Abreu, introduced an amended draft, which was rejected earlier this month. The ending of the levy has been one of the main aims of farming groups, according to the business daily, Valor Economico. The charge on pesticide raw materials for formulation in Brazil is 25%. The agrochemical sector lost R$8 million ($4.8 million) in the three years to May 2008, the Brazilian agrochemical industry trade association.
View More