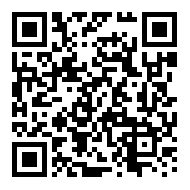 China and Ukraine are in talks about deepening trade links, particularly in the food and agriculture sector.

Top government officials from both countries talked about starting importing Ukrainian corn to the Chinese market during a recent meeting in Beijing.

Oleg Bakhmatyuk, chairman of the board of Ukrlandfarming Plc, the largest Ukrainian agro-industrial company, said he had been encouraged by talks between Minister of Agriculture Han Changfu and Ukrainian Foreign Minister Konstyantyn Hryshchenko.

"Chinese government officials have attached great importance to agricultural cooperation with Ukraine and we believe we will soon have market access for Ukrainian corn to enter China," Mr Bakhmatyuk, who was part of the official Ukraine delegation, told a news conference.

He also said his company was in talks with major Chinese food companies, such as China National Cereals, and China Oil and Food Corporation, the country's largest State-owned food conglomerate, about sales of Ukrainian corn into China, and that the signs were clear that the two countries will enhance their commercial ties.

In 2011, bilateral trade stood at $10 billion, well ahead of the target set by two governments.

China imported 1.88 million metric tons of corn during the first five months of this year, official data showed, compared with the total corn imports of 1.75 million in 2011.

Industry analysts estimate this year's total imports will be between 3 and 4 million tons, mostly from the United States.

Vadim Tolpeco, an aide to Bakhmatyuk, added: "The currency swap sets the scale for bilateral trade, which will be led by agricultural trade."

Mr Bakhmatyuk said that, looking wider than just corn, he expected Ukrainian farm producers in general to "become major players in the Chinese market in the future".

Analysts agree that the two countries are highly complementary in the agricultural sector, and food imports from Ukraine could help reduce China's reliance on traditional suppliers such as the US.

"China can provide Ukraine with production materials such as seeds and agricultural machinery, while Ukraine can sell its products to China," said Huang Dejun, general manager of Beijing Orient Agribusiness Consultant Ltd, a consulting firm specializing in agribusiness consulting services to the food industry.

According to data from Ukrlandfarming, Ukrainian corn is highly competitive in price and could be imported to Shanghai for 25 per cent less than US corn.

"The fact that Ukrainian corn is not genetically modified will also make it very popular in China," Mr Dejun added.

Besides corn, China will also be interested in buying sugar, pork and sunflower seed oil from Ukraine in the near future, Mr Dejun said, as China's population nears an expected peak of 1.48 billion by the end of 2020, putting huge strain on the country's food supply.