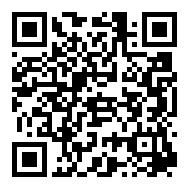 Favorites Print
ForwardShare
Jun. 26, 2012
Chinese researchers have identified a key gene in rice that could enhance both quality and productivity of rice at the same time, as they reported in the journal Nature Genetics on Sunday.

While studying the Basmati rice from Pakistan that is world famous for its high quality, Fu Xiangdong at Chinese Academy of Sciences and his colleagues found a gene named GW8 could influence the quality of rice.

Further study shows that the GW8 gene also exists in some types of high yield rice grown in China. However, it's a different variant of that gene, whose major effect is not on quality, but on the grain weight, thus enhancing the productivity of rice.

The team then identified a third variant of the gene. "We found another variant of GW8, which could combine the advantages of those two variants that respectively influences quality and productivity," Fu told Xinhua in a telephone interview.

"Therefore the new variant could enhance the quality and productivity of rice at the same time."

The superiority of the new variant of GW8 gene was supported by field experiments. If it is introduced into the Basmati rice, it could increase its productivity by 14 percent, while the quality remains the same.

And if it is introduced into the high yield rice in China, it could significantly enhance the quality of rice grains, while its productivity remains the same.

Fu said that this discovery could lead to new varieties of rice that would have outstanding performance in both quality and productivity.