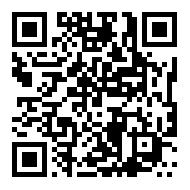 The Chinese agrochemical company in Jiangsu Province, Jiangsu Kuaida Agrochemical Co., Ltd (Jiangsu Kuaida) recently completed optimization of the synthesis process of herbicide diuron. The new process improves on the formerly phosgenation method for synthesis of isocyanates by the application of 3,4-dichloroanilin as raw material, to which dimethylamine gaseous and phosgene in certain proportion are added via catalyst, thus resulting in a direct synthesis of diuron.

As compared with the former process, the new process is of less investment in equipment, short lead time and high energy efficiency. Based on the process, Jiangsu Kuaida has designed an annual capacity of diuron of 2,000 tons which will generate sales income of Yuan 76 million.

Meanwhile a technical upgrade is also planned to expand its production volume for the present capacity of Jiangsu Kuaida has appeared to be unable to meet the demand both home and abroad. According to the plan, the initial phase of the new production facility is expected to establish a 20,000-ton phosgene and phosgenation-related production capacity, and eventually to reach a 50,000-ton phosgene and phosgenation-related production capacity per annum.