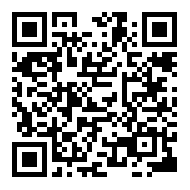 Ghana government recognizes the potential of modern biotechnology in reviving the cotton sector. The Minister for Environment, Science and Technology, Hon.Mrs Sherry Ayittey, said this while opening a two-day workshop in the capital city Accra on June 11, 2012. The workshop, which was organized by the Ministries of Trade and Industry, Food and Agriculture, and Environment, Science and Technology in collaboration with UNIDO aimed to sensitize stakeholders on opportunities available to boost cotton productivity in Northern Ghana. Noting that Ghana's cotton production had dropped drastically after the 1990s from 45,000 tonnes to 20,000 tonnes per year, the Minister said modern biotechnology holds the key to solving this problem. A number of effective interventions have emerged to boost the cotton industry globally, including from neighboring Burkina Faso.

Confirming the benefits of Bt cotton, Mr. KarimTraore, President of National Union of Cotton producers of Burkina Faso, said farmers are the biggest beneficiaries as they have been saved from exposure to harmful pesticides from eight to two applications, and from time spent in farm spraying. "These hazards have greatly been reduced and we use the extra time to grow more food crops," he said. The same sentiments were echoed by a South African farmer Frans Malela present and corroborated by Bhagirath Choudhary who shared India's 10-year experience with Bt cotton.

Mr Frank Van Rompaey, UNIDO Country Representative, said the partnership was aimed at supporting the government in improving competitiveness of cotton and exploring the various options available. Key recommendations included the need to fasttrack development of a legal instrument for biosafety compliance; development of a communications strategy to systematically engage the public; explore possible suppliers of the Bt technology - their advantages/strengths; create and strengthen an independent farmers/growers association and establish a national standard based on international standards to ensure high quality Bt cotton seed and lint once introduced.