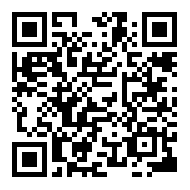 Nagarjuna Agrichem Limited (NACL), a part of the Nagarjuna Group, is planning to increase its profitability margins to 5-6 per cent from the present 2 per cent, and is working on developing cost-effective processes for generic molecules and some of the products coming out of patent in the next few years.

Inaugurating the company's state-of-the-art R&D centre at Shadnagar in Mahaboobnagar district, near here, on Tuesday, Nagarjuna Group Chairman K. S. Raju said that the company planned to expand its market in developing countries, especially in Africa. Herbicide and fungicides were the growing areas. Labour shortage had helped increase the demand for herbicides, Mr. Raju said.

"We are planning at increasing our contract manufacturing by 10 per cent. We can achieve this by improving our productivity without having to invest in expanding capacities,” NACL Managing Director V. Vijay Shankar said.

The R&D centre has been established at a cost of Rs.25 crore and is expected to help develop cost-effective processes for the manufacture of active ingredients and the intermediates for herbicides, insecticides, fungicides and to develop new formulations of pesticides.

The centre has 25 scientists and chemists and is headed by senior scientist B Saha. The existing R&D facilities at Srikakulam would be integrated with this facility to create a centralised R&D centre. The company was also setting up an OECD (Organisation for Economic Co-operation and Development)-accredited good laboratory practices (GLP) lab at the R&D centre, Mr. Raju said.
View More