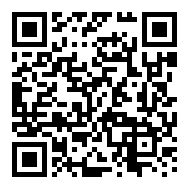 Favorites Print
ForwardShare
Jun. 13, 2012
The European Union, which tied with the U.S. as the world’s biggest farm-product exporter in 2011, signed a plan on cooperating in agriculture with China, the leading global consumer of grains and cotton.

The accord was signed in Beijing by EU Agriculture Commissioner Dacian Ciolos and Han Changfu, China’s minister for agriculture, the European Commission said on its website. The plan is intended to address issues including food security and the environment, with a goal of enhancing trade relations and sustainability, it said.

Agricultural exports from the EU were a record 105 billion euros ($132.7 billion) last year and equaled shipments from the U.S., the commission, the 27-nation bloc’s executive arm, said last month. China and Hong Kong make up the third-biggest agricultural import market for the EU, with shipments climbing by about 2.5 billion euros in 2011.

"Agriculture is of crucial interest for both China and the European Union,” Ciolos said in a statement on the commission’s website. “This cooperation plan is a new step in our commitment to work together to address common challenges -- in particular food security, rural development, food safety and climate change.”