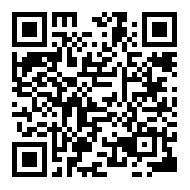 According to a bulletin of board of directors of ABA Chemicals (ABACHEM), a Chinese chemicals manufacturer, ABACHEM plans to launch a J/V with Jiangsu JIANNONG Agrochemical Co., Ltd., (Jiangsu JIANNONG), a pesticide manufacturer in Jiangsu Province.

ABACHEM plans to make an investment of RMB100 million Yuan (cash and less than RMB10 million Yuan equivalent equipment) for a 75% controlling share while Jiangsu JIANNONG contributes its trademark, patent, know-how and part of equipment which are evaluated to be RMB33.33 million Yuan for a 25% share. As per the agreement, Jiangsu JIANNONG is obliged to transfer its pesticide production-oriented qualification, trademark, domain name, all related businesses and majority of employees to the J/V.

ABACHEM was established in 2006, specializing in production of premium intermediates and APIs mainly in the contract-manufacturing manner. The company has built up its cooperative relations with world-prime pharmaceutical and pesticide enterprises, now the main pesticide intermediate business of ABACHEM is to supply BPP to DuPont. BPP is an advanced intermediate of chlorantraniliprole, a novel pesticide.

Jiangsu JIANNONG was established in 2001, mainly produces agrochemicals of several major series over 30 varieties including insecticide, fungicide, plant growth regulator, herbicide and fine chemicals which are quite popular in the market home and abroad, backed up by its known brand image and broad marketing channels.

As regards to future operations, the J/V will inherit all customer portfolio and marketing channels from Jiangsu JIANNONG while integrating ABACHEM’s pesticide contract-manufacturing advantage to target at novel and high-efficient pesticide market and be dedicated to becoming China’s leading pesticide technical and product formulation contract-manufacturing provider.