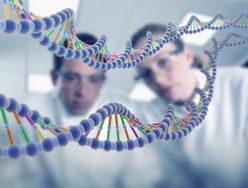 BGI, the world’s largest genomics organization, in cooperation with Zhangjiakou Academy of Agricultural Science, has completed the genome sequence and analysis of foxtail millet (Setaria italica), the second-most widely planted species of millet. This study provides an invaluable resource for the study and genetic improvement of foxtail millet and millet crops at a genome-wide level. Results of the latest study were published online in Nature Biotechnology.

Foxtail millet is an important cereal crop providing food and feed in semi-arid areas. It is the top-one crop in ancient China. It promises to serve as an important model for comparative genomics and functional gene studies, due to its small genome size (~490M), self-pollination, rich genetic diversity (~6000 varieties), complete collection of germplasm, and the availability of efficient transformation platforms. It is also evolutionarily close to several important biofuel grasses, such as switchgrass and napier grass.

"The lower yield of traditional cultivars has largely limited cultivation and utilization of foxtail millet.” said Dr. Gengyun Zhang, Vice President of BGI. “Hybrid cultivars, recently developed by Professor Zhihai Zhao in Zhangjiakou Agricultural Academy of Science, doubled the yield of foxtail millet. I expect that the results of this study could set an example of applying the genome sequence to better understanding and quicker developing new varieties of a neglected crop with higher yield, better grain quality and stress tolerance.”

In this study, researchers from BGI carried out next-generation sequencing and de novo assembly for “Zhang gu”, one strain of foxtail millet from Northern China. The final genome assembly was 423 Mb, and 38,801 protein-coding genes have been predicted, of which ~81% were expressed. They also developed a high density genetic linkage map using a set of genetic markers identified by resequencing another strain named “A2” and an F2 population of “Zhang gu” crossing A2.  A2 is the widely used female strain of hybrid foxtail millet.

C4 plants are better adapted than C3 plants in environments with higher daytime temperature, intense sunlight, drought, or nitrogen or CO2 limitation. Foxtail millet is a diploid C4 panicoid crop species. With its genome available, researchers comprehensively analyzed the evolution of several key genes in C4 photosynthesis pathway. Results indicated that all the genes involved in C4 carbon fixation pathway also existed in C3 plants. Thus, researchers predicted that the emergence of C4 pathway could result from expressional and/or functional modifications of these genes.

The genome sequence of foxtail millet could facilitate mapping of quantitative trait loci. In this study, researchers used the foxtail millet genome to aid identification of herbicide resistant genes, and they accurately identified the gene for sethoxydim resistance.

"The decoding of whole genome sequence is an essential and important step to reveal the secrets of genetic control of crops, which could serve as an important platform for biological studies and breeding.” added by Dr. Zhang.