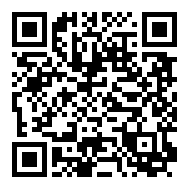 Favorites Print
ForwardShare
Aug. 18, 2008
The established rodenticide, difenacoum, has gained approval under the EU biocidal products Directive (98/8), which covers non-crop pesticides. The active ingredient was re-evaluated as part of the EU review of existing biocides. It will be added to Annex I of Directive 98/8 on April 1st 2010. However, the European Commission has limited the listing period to five years and imposed certain risk mitigation measures.
Annex I listing periods are normally ten years. The shorter period for difenacoum reflects the fact that the evaluation identified a risk with regard to non-target animals and the environment, and that the ai is potentially persistent and liable to bioaccumulate, the Commission says. Nevertheless, the approval is justified because the target rodents constitute a danger to public health and there are no adequate alternatives to difenacoum, it notes.
Specific conditions attached to the Annex I listing stipulate that the nominal ai concentration in products must not exceed 75 mg/kg and that only ready-for-use products shall be authorised. Products must contain an aversive agent and, where appropriate, a dye. Use as a tracking powder is not permitted. When registering products, EU member states must consider and apply appropriate risk mitigation measures, the Commission says. Such measures include: restriction to professional use only; an upper limit on package size; and an obligation to use tamper-resistant and secured bait boxes, it adds.
In addition, difenacoum will be subject to a comparative risk assessment before its Annex I listing is renewed.
The 2010 date for Annex I listing is to allow EU member states and companies time to adapt to the requirements, the Commission points out. EU member states then have until March 31st 2012 to review and re-register existing difenacoum products.
Finland, as rapporteur member state for difenacoum, originally proposed re-registration in 2006 and the Annex I listing was expected in 2007. However, the EU biocide review of anti-coagulant rodenticides was delayed after some EU member states called for a general restriction to professional use only. An EU expert group subsequently concluded that such a move would be difficult, particularly for remote areas where professional assistance could not easily be provided.
Difenacoum is the third rodenticide to be added to Annex I of Directive 98/8, following difethialone and carbon dioxide, both of which also gained a "low-risk" classification in Annex IA.
View More

Source: Agrow
Click to bookmark and build your agrochemical knowledge base
Print
ForwardShare