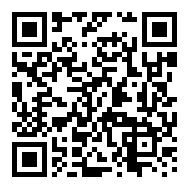 Favorites Print
ForwardShare
Nov. 30, 2011
France’s highest court has confirmed the European Court of Justice’s judgment that the 2008 French ban on the cultivation of genetically modified crops (GM) was illegal.

Both courts overturned the national ban declaring the French Government presented no scientific evidence of any risk to health or the environment from these crops.

EuropaBio’s Director of Green Biotechnology Europe, Carel du Marchie Sarvaas, said: "These judgments from the highest European court and the highest French court send one message loud and clear: bans of GM crops cannot be based on political dogma.

"As both judgments state, no ban on planting GM crops can be declared without valid scientific evidence, something that France and other European countries have not produced.

"France’s leaders must now decide whether they want to regain their position as a leader of agricultural innovation, tackle future global challenges and create jobs and investment in agriculture, or support an anti-science agenda that weakens Europe’s competitiveness.”
View More