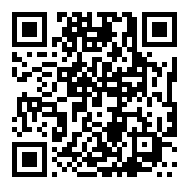 Promoting organic farming as a solution to the food security problem is ‘morally impossible’, outspoken consultant Sean Rickard to the CropWorld Global 2011 conference.

He claimed the organic movement, which accounts for 1.4 per cent of food sales in the UK, was having a disproportionate and damaging influence over how farmers operate in the UK and Europe.

"In the UK we consume as much cat food as organic food. Yet a small minority are holding back science and technology, which is surely what the whole industry depends on.

"Morally it is impossible to defend organic farming in a world that is short of food. We would have mass starvation if we were pushed down that route,” said Mr Ricard, a former NFU economist.

He added that the EU’s failure to adopt biotechnology was a huge cause of ‘huge regret’.

In a typically robust address, he reiterated his belief that the Common Agricultural Policy (CAP) is a ‘waste of money’ that supports ‘inefficient farmers who have no hope of investing in new technologies or of meeting extra demand for food’ and is holding back more efficient farmers.

He called for direct CAP payments to be scrapped but said the prospects of this happening in the current political climate were negligible.

The role of technology in addressing the global food security problem was widely discussed at the conference.

Dominic Dyer, chief executive of the Crop Protection Association urged the plant science industry to unite with farmers, food manufacturers, retailers and the food service sector to engage the public on the vital importance of science and technology in maintaining food supplies.

"For too long we have failed to communicate the true challenge of producing enough food for a growing world population, and this has allowed campaign groups and NGOs with an anti-science agenda to create a climate of fear around the use of key technologies such as pesticides, irradiation and GM foods,” said Mr Dyer.

"As the world’s population reaches 7 billion, the stark reality is that without access to the most advanced farming methods, food prices will continue to rise and production will fall short of food security goals.”

But Hans Herren, president Millennium Institute, insisted that the challenge was not necessarily to produce more food but to ‘nourish the planet’.

"We have too much food already, including in India, where there is more food than people but people don’t have access to it. So do we need to produce more or do we need to change the system?” he said.

He said a system based on organic farming that rejected the failed prevailing industrial model could feed the world, protect the land and support local communities by providing more employment on the land.
View More