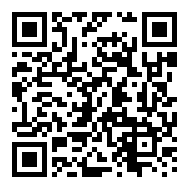 China is accelerating the pace of GM corn research to address the increasing demand for corn. This was announced by Xiaohua Chen, Vice Minister of MOA, on a Press Briefing hosted by State Council on October 4, 2011.

Corn is one of the three staple foods in China. Corn price has been climbing up since 2010, which pushed up the pork price and the Consumer Price Index (CPI). Chinese government expects corn production can be boosted by mechanization and S&T development, which includes GM New Variety Breeding Program as one of the key programs.

China has granted Bio-safety Certificate to a GM corn line in 2009. However, it is under the Variety Registration and not yet approved for commercialization. According to Chen, development of transgenic technology in crops is "an important strategic option" which will be insistently pushed by Chinese government. "China will always comply with regulations to ensure the safety of GM production," Chen added.