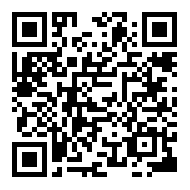 Growers are warned to carefully manage weeds with a range of diverse weed management tactics following confirmation of 10 new populations of glyphosate resistant annual ryegrass in Western Australia – most from the South Coast region.

Confirmation of the majority of the resistant ryegrass populations have been made under a Grains Research and Development Corporation (GRDC) monitoring project conducted by the Western Australian Herbicide Resistance Initiative (WAHRI).

The new populations – most from the Esperance region, one near Albany and another from Mullewa – have almost doubled WA’s documented glyphosate resistant ryegrass populations.

WAHRI senior research officer Mechelle Owen, who studied the samples, said that 24 glyphosate resistant ryegrass populations had now been confirmed in WA since the first case was documented in the northern grainbelt in 2001.

Almost all of WA’s documented glyphosate resistant populations are from cropping paddocks, with a couple from vineyards, and most are in the southern grainbelt.

"The number of documented ryegrass populations is increasing each year in WA and there could be many more cases which have so far gone unnoticed,” Ms Owen said.

She said the new cases all came from cropping areas with a history of summer rainfall and a high number of three to four glyphosate applications per year.

The resistant populations were noticed after they survived glyphosate applications to control summer weeds prior to seeding and were submitted to WAHRI by agronomists.

"Growers need to be aware that glyphosate may fail to control ryegrass, particularly in areas that have summer rainfall and where glyphosate is applied several times during the growing season,” Ms Owen said.

Previous GRDC funded research conducted by WAHRI demonstrated that glyphosate sustainability can be achieved by rotating glyphosate and paraquat, in addition to using a suite of integrated weed management (IWM) techniques.

"Growers should employ tactics to minimise weed set seed of surviving weeds, ensuring they do not enter the seed bank,” Ms Owen said.

"Growers must manage weed seed banks and make sure weeds do not set seed.”

"In Australia, more than 98 populations of ryegrass come from a range of situations including cropping fields, fallow, fence lines, roadsides and orchards,” she said.

"Glyphosate sustainability can be achieved by employing a diverse range of weed control methods.”