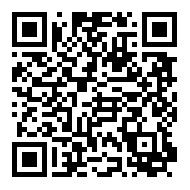 With pressure from powdery mildew and ramularia, and the rise in incidence of cercospora, Dominic Kilburn assesses the options and strategies available to sugar beet growers this season.

Following recent warm conditions and fewer ground frosts in February and March this year than is normal, the forecast for powdery mildew in sugar beet for this season is that 49 per cent of the crop will become infected by the end of August.

The figure is considerably higher than last season’s low disease pressure year, and 20 per cent higher than 2009 levels of powdery mildew.

In addition, as much of this season’s crop was drilled up to two weeks earlier than usual, this could be a contributory factor for higher levels of the disease in the coming weeks.

Pam Chambers, Knowledge Transfer manager at Broom’s Barn Research Centre in Suffolk, says the unusually dry and warm conditions experienced this spring means the disease could be more of a problem this season compared with the previous two seasons.

This might be tempered by the very cold temperatures experienced in December last year, which would have had an impact on the over-wintering survival of the spores.

But she stresses the key message to growers is the first fungicide application from mid-July must be applied when the disease is first seen in the crop.

"A second spray should be considered in high disease pressure situations and for late lifted crops (from November) where maintaining a healthy leaf canopy plays a part in protecting the crop from winter frosts,” she says.

According to Ms Chambers, while all key fungicide applications this summer should be based on triazoles and strobilurins, or a combination of the two, product choice is less important for the first spray, compared with the second.

"The first spray gives flexibility in product choice as most products have good activity on powdery mildew but, critically, it must be applied at the right time and at a full rate,” she advises.

Rust, however, has already been found on over-wintered beet remnants that could lead to early infection with this disease too.

"The second spray, if requi-red, matters more in terms of product choice because of the harvest interval, as well as the fact rust is more likely to be increasing in importance at that time of the season, and so the spray choice will need to have more potency targeted for that disease,” she says.

"Products such as Escolta (cyproconazole + trifloxystrobin) or Spyrale (difenoconazole + fenpropidin), with a 21 and 28 day harvest interval respectively, would be more appropriate in that slot,” she adds.

While sticking with a one spray fungicide strategy, or going for two is a decision most growers will make based on disease pressure at the time and the planned length of time the crop will remain in the ground.

Ms Chambers says there are still a number of growers who opt for no fungicides at all.

"The number using a two-spray strategy is rising because of an increase in later lifted crops and the recognition that fungicides provide added protection against frost and a yield boost, in addition to disease protection,” she comments.

Some growers have tried a three-spray programme, points out Ms Chambers.

"Our advice to growers would be not to go too early with the first fungicide application as they can run out of activity between the first and second spray if the spray interval is too long, or the following T2 spray may not have sufficient activity to protect the crop through autumn.

"There is also the possibility of a negative yield effect from applying fungicides too early,” she advises.

BBRO fungicide trials at Broom’s Barn, led by Dr Mark Stevens, are investigating the effect of early fungicide applications this season (first applications were applied June 20) and also the economics of a T3 spray.

She says that all powdery mildew and rust trials now take place at Broom’s Barn and are reliable in terms of determining varietal resistance to both diseases.

"We know it’s not the first criteria growers look at when deciding on which variety to grow. That will be yield potential, but powdery mildew resistance and rust levels are worth looking at and may affect fungicide spray rates applied, if not the actual number of applications,” says Ms Chambers.

Research work at Broom’s part is part way through a four-year programme of variety and fungicide interaction trials comparing full, half and quarter rates of Escolta across one- and two-spray programmes to determine yield responses.

Varieties in the trial include Bobcat, Bullfinch and Goya, and while it is clear that two-spray programmes are delivering a better yield and margin over cost advantage compared with one-spray programmes across all three varieties for late lifted crops, differing disease pressures in 2009 and 2010 means more data is needed to determine which of the two-spray programmes is most beneficial, says Ms Chambers.

For this year, the one-spray programme will remain the same, but two-spray programmes will be based on full + full, full + half and full + quarter rates of Escolta, which, according to Ms Chambers, would be a more likely scenario used on farm.

"We are using Escolta in the trials but we would expect the results to be similar if other sugar beet fungicide options were used,” she adds.

Further trials work at Broom’s Barn will continue to focus on the cost effectiveness of different fungicides programmes and results will be made available at the BBRO Winter Conference, January 25, 2012.

Ms Chambers says while not many growers will have seen cercospora on their farms before, testing at Broom’s Barn has revealed a slight increase in the number of samples confirming positive.

"It’s not a significant number yet and current fungicide use is probably dealing with it, but it’s a disease with a major impact on yield on the continent where three or four sprays per season are applied to keep it at bay,” she says.

"Hot and dry summers speed its development and it can be confused with ramularia leaf spotting, but, as a large yield robber, it’s one we must keep an eye on.”