Seed treatment is an evolving business 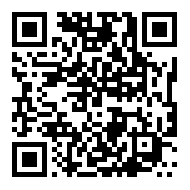 The director of BASF’s seed treatment business feels that his designation does not fully describe his business domain. Dr Hans-Jürgen Lutz sees himself as heading the company’s “seed solutions” business.
He says that BASF’s current and upcoming seed treatment active ingredients offer much more than mere protection from pests and diseases. They also impart physiological benefits in terms of growth performance and stress tolerance.
BASF moved into seed treatments after the take-over of the “fipronil package” in 2003 from Bayer CropScience. Bayer had to divest the package of products after its acquisition of Aventis CropScience. Apart from the insecticide, fipronil, which was well-established as a seed treatment product, BASF got some “interesting fungicides”: triticonazole, fluquinconazole and prochloraz.
Dr Lutz’s change-management experience came in handy when he moved to head the business in 2006. “We were not really a seed treatment company and it was a challenge to integrate the products and to screen our own portfolio that contained insecticides and fungicides that had not been viewed from a seed treatment perspective,” explains Dr Lutz.
To get the seed treatment business up and running, BASF leveraged the research capabilities scattered around various businesses. “It was not just about the ais. We realised that equally important was the know-how about formulation, about usage of polymer stickers and about ways to reduce dust,” he explains.
There was knowledge transfer from the polymer business division to help devise better seed treatment solutions. Dr Lutz says that using a variety of innovative polymers help create thousands of release patterns, which can fine-tune an ai for usage under varied conditions. He quotes a single German word that encapsulates the company’s research philosophy: “Verbund”. He says that the word sums up the amalgamation of knowledge and expertise that has taken place.
seed treatment market
The company’s move into seed treatments was preceded by careful consideration of the business that had a potential for greater growth as compared with the agrochemical industry as a whole. “The seed treatment business is an evolving market and has been growing at 3-4% every year compared with the total agrochemical business that has either been stagnant or has displayed a muted growth of 1-2%,” says Dr Lutz. Figures provided by BASF show that even though the total agrochemical market in the crop sector has grown in dollar terms, its measurement in Euro terms presents the picture of a stagnant market.
Making a case for the importance of the seed treatment market, he estimates the current size of the global seed treatment market to be around €1,400 million ($2198 million), with North America and Europe accounting for around €500 million ($785 million) each, and South America contributing around €220 million ($345 million).
Dr Lutz sees a lot of promise in the global growth of the high-value proprietary seed market, which witnessed more than 10% yearly growth in 2007 to $22,900 million. “If a grower is willing to invest in high-value crops, the value of seeds becomes increasingly important for him, and he will be keen to invest in its protection to minimise risk,” says Dr Lutz. He likes to use the metaphor of “cradle to the grave” when describing the farmer’s concern to protect his crop at all stages of its life cycle.
He sees a lot of potential in maize and soybean seed treatments in the US and Latin American markets. He points to the increase in prices of the two commodities over the last couple of years. He cites statistics showing that the planted area under maize has increased by 18.7% from 2001 to 2007. “In a single year between 2006 and 2007, the global area under maize increased by 8.5 million ha,” he says. Sales figures of proprietary maize seeds make for an even stronger case – sales in 2007 at $8,190 million represented an increase of 21.9% over the previous year. The US accounted for more than half the sales.
He says that soybeans have a similar story to tell. The area under soybeans increased by 12.3% from 2001 to 2007. The US accounted for over 70% of the proprietary seeds market, which was worth $2,664.8 million in 2007. Brazil and Argentina had a 21% share of the pie. Dr Lutz does not foresee any let-up in the prices, although he expects them to stabilise.
He has high expectations from the European market, essentially a cereals market, which is a high-volume market compared to the high-value biofuels. He points to the rise in cereal prices as the basis for his optimism that more growers will be drawn to the idea of seed treatment. The sentiment is reflected in the annual growth in the proprietary seeds markets for wheat and rice, which grew at 16.1% and 20.5% respectively in 2007....

Backgroud about the interviewee:

With a PhD in agriculture, Dr Lutz started his career with BASF way back in 1987, when BASF was still in the fertiliser business. He moved to crop protection after BASF’s take-over of American Home Products’ agrochemical division, Cyanamid, in 2000.
View More

Source: Agrow
Click to bookmark and build your agrochemical knowledge base
Print
ForwardShare