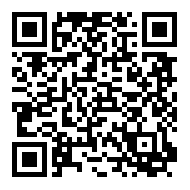 Continued strong demand for biofuels resulting in high crop prices has had a positive impact on the demand for plant protection products. Cheminova’s market opportunities are thus improving concurrently with registrations of new products. In the USA, growing bioethanol production has increased the acreage planted with maize and similarly reduced the acreage planted with soybeans and, especially, cotton. In the short term, these developments are not positive for Cheminova because the existing product portfolio is used less in maize than in cotton and to some extent soya.

In most markets, sales of organophosphorous insecticides developed according to expectations, but in the USA sales for Q3 were also negatively affected by a low level of insect infestation as well as the considerable reduction in cotton acreage. However, the segment still accounts for 22 per cent of total annual revenue. Sales of new insecticides – imidacloprid, abamectin and pyrethroids – have increased, but less than expected.

Sales of herbicides saw satisfactory growth. The use of glyphosate continues to increase globally, and prices increased during Q3.

Sales of fungicides did not meet expectations for Q3 as the need to combat Asian soybean rust in the USA was limited. Sales to Eastern Europe continue to develop positively.

Sales of new generic products and third-party products have shown satisfactory growth. A growing workload for the registration authorities in some countries continues to cause delays in introductions of new products.

As expected, sales of fine chemicals, intermediates and flotation agents etc. were in line with sales last year.

In Brazil, the long-awaited financing package for the agricultural sector has finally been adopted, and the industry is now awaiting news on the specific contents from Banco do Brasil. This is, however, not expected to have a significant impact. Payments from debtors were in line with expectations in Q3, with a decline in overdue receivables. The product liability claims have, as yet, not been settled with the insurance company.

There is still uncertainty concerning Q4 results, which are largely dependent on Brazil. For 2007 as a whole, Cheminova expects revenue of approx. DKK 4.3 billion and a profit before tax of approx. DKK 85 million after non-recurring items of DKK 20 million.

Source: Cheminova
Click to bookmark and build your agrochemical knowledge base
Print
ForwardShare