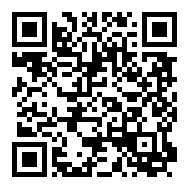 Agri-tech Fyllo raises $2 million from Triveni Trust, IAN and others

United Phosphorus is planning to bid to acquire a "major Asia-based company in the agrochemicals sector, of a size substantially similar to us". The company is in the second round of a competitive bid process for the target and is under a confidentiality agreement prohibiting it from disclosing details of the target or bid process.

United Phosphorus says that it intends to make a bid "shortly". However, the company points out that there is no assurance that the bid will be accepted nor that it will enter into definitive agreements to acquire the company. If the acquisition proceeds, it would represent a "substantial and material portion of our total assets and revenues on a post-completion basis", the company says. It expects to finance the acquisition with a combination of the issuance of equity, cash and debt financing. The debt could be "substantial" given the size of the target, the company adds.

The latest move follows a string of acquisitions made by United Phosphorus over the last few years. The latest was the Argentine agrochemical company, ICONA, in July.

Earlier this year, Reuters reported that investment firm Olympus Capital Holdings was seeking buyers for Arysta LifeScience, although Arysta dismissed the reports as speculation. Arysta had agrochemical sales of some $940 million in 2006. United Phosphorus' agrochemical sales were $477 million in 2006, but the company predicts 2007 sales of $730 million due to the acquisition of Cerexagri earlier this year.