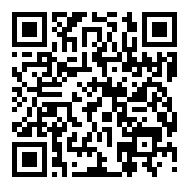 The Kenya Agricultural and Livestock Research Organization (KALRO) is conducting trials for new climate-smart high-yielding rice varieties after years of research in a bid to bolster food production in the country.

KALRO has released a total of nine improved rice varieties for both upland and lowland agro-ecologies. Three of the varieties are Komboka, CSR36, and 08FAN10 dubbed Mkombozi by farmers because it is early maturing.

The CSR36 rice variety which is long slender grain, non-sticky rice that separates on cooking has passed the National Performance trials and is now under distinctiveness; uniformity and stability test was displayed to Tana River farmers.

The CSR36 variety is climate-smart and high yielding in that it can be grown in saline-sodic soils (soils with Ph levels more than 8.5).

″The grains have long slender and aromatic attributes that match the consumer preference for milled white rice in Kenya.

Rice is one of the major food crops after maize and the consumption of rice has been increasing ″because the young Turks nowadays prefer rice and potatoes with that high demand for rice there is need to ensure we produce a lot of rice to feed our people,’’ said Finyange at the Tana Irrigation Scheme.

The country’s rice deficit of around 100,000 metric tonnes is filled through importation making the country lose in foreign exchange.

The only solution, says Finyange, is to come up with our own homegrown solutions by making sure we increase both production and productivity, production by increasing the area under rice farming in the country, and productivity by coming with the superior variety that is also climate smart.

KALRO has changed its strategy of rolling out new varieties by working backward with farmers to know the variety they want and to suit market needs.

Trials are ongoing in all rice-producing irrigation schemes in the country to come up with a variety that is high yielding. Farmers will have a basket full of options and management practices to increase food production.

″Two varieties have been released and others are in the pipeline to be released, all of them with different traits like they are varieties which are salt tolerant and if a variety is not salt tolerant will not perform,″ said the Director of  Industrial Crop Development Institute.

Raphael Kitonyi from the State Department for Crop Development said since 2008 Kenya has prioritized rice as a food security crop.

″Among cereal crops, rice is ranked third after maize and wheat and is a close alternative to the challenges bedeviling the maize sector. We are producing about just 10 percent of the national consumption with the rest being imported to fill the deficit being sought from Asia countries, he said.

Kenya has a rice development strategy that is aimed at making the country rice sufficient by 2030 which is zero import of rice.