African Union farming chief: Crisis offers a chance to produce our own food 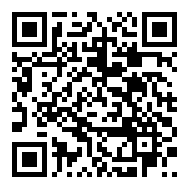 The disruption of grain deliveries from Ukraine can be a chance for African countries to step up food production at home, the African Union’s Commissioner for rural economy and agriculture, Josefa Sacko, told EURACTIV in an interview.

While pressures on global food prices had relaxed somewhat by the start of this year according to data from the UN’s Food and Agriculture Organisation (FAO), Russia’s invasion of Ukraine in February 2022 had a major impact on international agricultural markets.

As Ukraine and Russia together made up significant shares of worldwide grain and oilseed exports, countries dependent on imported wheat and other products were hit hard by disruptions and price spikes.

North African countries like Egypt, Algeria, or Tunisia, but also sub-Saharan states including Nigeria, Kenya, and Benin have been particularly affected, Sacko explained.

Speaking to EURACTIV Germany on the sidelines of the Berlin Agriculture Ministers Conference on Saturday (21 January), she warned that food shortages and high prices pose a high risk of social unrest in many African countries.

″In Africa, we are very vulnerable to such conflicts,″ she said while pointing to the beginning of the Arab Spring in Egypt, where protests were triggered in 2010 by high bread prices.

However, the temporary disruptions of grain imports due to the Ukraine war could also be an opportunity for African countries to strengthen agricultural production at home, the Commissioner stressed.

″As policymakers, we should take this as an opportunity to change the narrative, change our approach,″ she said. ″Look at Ethiopia today: this year, they are going to export wheat because last year, when the war started, they started producing it.″

She added that Africa currently spends $45 billion (€41.4 billion) every year on food imports – money that could be spent instead on developing the domestic agriculture sector.

Asked whether it is the right approach for the EU to ramp up production in order to fill the gap left by Ukraine on global markets, Sacko said that, on a free international market, it is fair for Europe to export its products but that African countries would be able to offer theirs at more competitive prices once production on the continent is ramped up.

″We cannot tell Europeans not to produce. But once we start producing, it will be competitive – people will see the price,″ she stressed.

The African Union, Sacko explained, is therefore encouraging its member states to leverage the possibilities held by their agricultural land by investing in domestic production and thereby creating jobs and wealth.

With 60% of arable land so far uncultivated, there is a large potential to ramp up agricultural production, she added. ″We have the ecosystem to feed Africa and to feed the world.″

Meanwhile, the EU’s green farming ambitions set out in the bloc’s food flagship policy, the Farm to Fork Strategy, have left many farmers in Africa worried, especially with calls to apply sustainability or animal welfare standards applied within the EU to exports as well.

Small farmers, especially, fear that such requirements without matching support to implement sustainable measures could become a major hurdle to trade.

Asked about the issues, Sacko acknowledged that demanding standards can be a challenge for African producers looking to export to Europe.

At the same time, she stressed that the application of standards in itself is not something to be criticised, but that, in order for producers to be able to comply, they need fair international markets and fair producer prices.

″Standards are good because we are fighting for food safety, we want quality food – you have to standardise when you are trading,″ she said. ″But we also want to have a say in setting the price. Currently, this does not even take into account the cost of production.″

Source: EURACTIV.com
Click to bookmark and build your agrochemical knowledge base
Print
ForwardShare