EU Court puts end to emergency use of bee-toxic pesticides 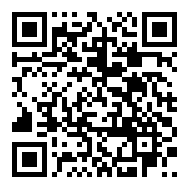 The EU’s highest court ruled on Thursday (19 January) that EU countries should no longer be allowed temporary exemptions for banned, bee-toxic neonicotinoid pesticides, putting half of all such derogations to an end.

The European Court of Justice (ECJ) confirmed that member states will no longer be allowed to grant derogations temporarily permitting the use of seeds treated with ‘expressly banned’ plant protection products by EU law.

The ruling came in the wake of a request for annulment before the Belgian Administrative Court on the derogation given by Belgium for the use of these bee-toxic insecticides on sugar beets. The request was brought by the campaigner groups Pesticide Action Network (PAN) Europe and Nature & Progrès Belgium together with a Belgian beekeeper.

The plant protection products in question – imidacloprid, clothianidin and thiamethoxam – belong to a class of pesticides known as neonicotinoids, which are chemically similar to nicotine and target insects.

Neonicotinoids have come under fire in recent years for contributing to the decline of bees by disrupting their sense of orientation, memory and mode of reproduction.

Partial restrictions on the use of these products on bee-attractive crops were imposed by the European Commission in 2013, followed by a ban on all outdoor uses in 2018.

In 2021, the ECJ confirmed that the Commission was right to ban the use of neonicotinoids on bee-attractive crops after Bayer, the producer of the pesticides, filed an appeal.

The latest ruling concerns six authorisations issued by the Belgian state for the use of these plant protection products on the basis of ‘emergency situations’ – where danger or threat to plant production or ecosystems cannot be contained by other reasonable means.

For this reason, the Court concluded that ″as regards seeds treated with plant protection products containing substances expressly prohibited, […] the [EU] legislature did not intend to allow member states to derogate from such an express prohibition.″

In addition, the ruling stressed, ″the obligation of all member states to take all necessary measures to promote low pesticide input pest control, giving priority to non-chemical methods wherever possible.″

The campaign groups that requested the annulment of the derogations celebrated the success of this ‘landmark ruling’, highlighting the EU-wide effect of the court’s verdict.

″This landmark ruling of the EU Court puts an end to 10 years of abuse by member states, with the blessing of the European Commission,″ said Hans Muilerman, chemical officer at PAN Europe.

Likewise, Marc Fichers, secretary general of Nature & Progrès Belgium, added that ″this success will have an EU-wide effect″ and that this ‘relieving’ ruling ″shows the environment counts more than profits from some sugar and pesticide companies″.

According to a recent report by PAN Europe, EU countries granted over 236 derogations of banned pesticides over the last four years. Neonicotinoids account for nearly half of those (47.5%).

The anti-pesticide groups argued that neonicotinoids are increasingly being used preemptively through ‘seed coating’ instead of being sprayed on the crop, meaning that they are applied directly to the seed – before any harmful insects have affected the plant.

As a result, today’s ruling puts an end to almost half of the derogations given by member states to banned pesticides.

A representative of CropLife Europe, which represents Europe’s plant protection product industry, also welcomed the fact that the ruling ″gives further clarity on when derogations may be authorised by member states″.

However, the representative stressed that the reasons why farmers resort to derogations are ‘manifold’, noting that the use of repeated derogations is a ″symptom of poor implementation of aspects of the current regulation″.

″While we don’t agree with resorting to derogations on a regular basis we believe in the principle of allowing farmers access to tools to protect their crops when they have no other option,″ they said.

Source: EURACTIV.com
Click to bookmark and build your agrochemical knowledge base
Print
ForwardShare