Toxins produced by Amazonian spider have potential for development of insecticides 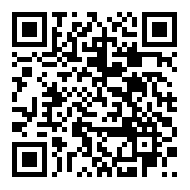 An article published in the Journal of Proteome Research by researchers at the Federal University of São Paulo (UNIFESP) and Butantan Institute in Brazil reports the findings of a study that characterized for the first time the venom of the orange-banded tarantula (Acanthoscurria juruenicola), a species of mygalomorph spider native to the Brazilian Amazon. Some of the toxins identified have potential applications as active ingredients in pharmaceuticals and biological insecticides.

"The species was first described a hundred years ago, but only now have we produced a characterization of its venom. Spiders have very small amounts of venom, and only the most recent technology is sufficiently sensitive to identify all the toxins they produce," said chemical engineer Alexandre Tashima, last author of the article and a professor at UNIFESP's Medical School (EPM). Other Brazilian researchers and colleagues in the United States also participated in the study.

The first author of the article is Erika Nishiduka, who participated in the study for her master's research at EPM-UNIFESP.

The researchers identified 92 proteins in the spider's venom. Fourteen were cysteine-rich peptides (CRPs), which are common in spider toxins and have well-known effects on ion channels and against bacteria.

Ion channels are proteins that allow electrically charged particles (ions) to move from one side of the cell membrane to the other as part of the process responsible for conducting electrical signals into and out of the brain and the heart. They are frequently investigated as therapeutic targets and potential analgesic agents.

Only three of the 14 CRPs were known from other tarantulas belonging to the same genus (Acanthoscurria) and could become active ingredients of pharmaceuticals and biological insecticides. Some of the CRPs paralyze insects and, in synergy with phospholipases and hyaluronidases, make the venom an effective cocktail to immobilize prey.

Assays involving injection of small amounts of the venom into crickets showed that the insects had still not resumed movement after 24 hours.

In Australia, demand for molecules to protect crops without affecting bees and other animals has led to the supply of a biological insecticide derived from spider toxins.

Researchers at UNIFESP and Butantan Institute previously studied another species of Acanthoscurria with the same potential. Using computational tools, they found its venom to have antimicrobial potential, which may also be the case with A. juruenicola.

"Although this spider family is relatively well known, the species are evolving fast. When we analyze the toxins at the molecular level, therefore, a change in a few amino acids can make a significant difference in terms of pharmacological effects," Tashima said.

Ecological peculiarities may be another reason for neighboring species to have different toxins. A given spider may need more powerful venom to subdue its prey, for example. The researchers also compared the toxins found in males and females of A. juruenicola and found higher levels of proteins in the venom of females, hypothesizing a link to egg protection.

The data collected for the study has been posted to online repositories so that other scientists can use it to look for candidate drugs and molecules for other applications.

"Our biodiversity is an endless source of constant surprises, and environmental conservation is vital. The solutions to many problems could be hidden in species that have yet to be discovered, or even in others that were described a long time ago, like this spider," Tashima said.

Source: FAPESP
Click to bookmark and build your agrochemical knowledge base
Print
ForwardShare