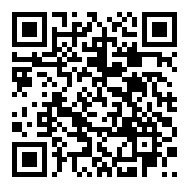 Christened as ″Thar Jaivik 41 EC″, the novel formulation was patented in the name of the ICAR team of researchers in September 2022. The researchers have carried out its several field trials on horticulture crops of Ber (Zizyphus), Pomegranate, citrus, lasoda (cordia myxa).

Quoting their joint scientific paper that appeared in the international journal of AGRICULTURE (MDPI group), Dr Berwal told SNS, ″Chemical or synthetic pesticides have contributed to disease and pest management concomitantly with improving agriculture production. Still, over the past three decades, their indiscriminate use has raised various concerns, such as concerns relating to the buildup of pesticide resistance in pests, pesticide residues, death of beneficial insects and the outbreak of secondary pests. Such outcomes have instigated the search for eco-friendly, natural, plant-based pest control alternatives″.

″These biopesticide alternatives are more selective towards target pests and less toxic to vertebrates, aquatic animals and pollinators and are much safer for terrestrial and marine species and the environment due to their low residual effects,″ Dr. Berwal said.

The product will be available in a one-litre pack and its license for sale, and cost would be decided by the ICAR.

According to the research paper, Citrullus colocynthis L. is a wild watermelon, commonly named bitter melon or bitter apple that naturally grows in arid regions of India among other hot arid areas of the world. Its non-edible fruits contain certain phytochemicals of therapeutic and nutraceutical value.

Among the different levels of tested concentrations, ″Thar Jaivik 41 EC″ was found most effective at 3 mL L−1 for managing various insect pests such as pod borer (Helicoverpa armigera) and aphid (Toxoptera citricida) through repellent, deterrent, anti-feeding action and by causing respiration abnormalities. Moreover, it caused the least harm to natural enemies such as coccinellids at this concentration.

The phytotoxicity response of ″Thar Jaivik 41 EC″ on tested crops revealed that it is highly safe for plants, showing no toxicity symptoms when applied at higher doses than the recommended one (3 mL L−1). Integration of the ″Thar Jaivik 41 EC″ formulation in agriculture would help to safeguard farmers’ benefits, such as reduced pest levels, improved food safety and quality of products, which would allow them to fetch higher prices, as well as provide intangible benefits to the consumers and environment.

The bioactive compounds extracted from the seeds of Tumba were combined with urine of indigenous cows (Raathi cows from local dairy farms) and a surfactant to create the biopesticide formulation.  The bioactivity of ″Thar Jaivik 41 EC″ was reported 18 months after manufacturing the biopesticide.

Source: The Statesman
Click to bookmark and build your agrochemical knowledge base
Print
ForwardShare