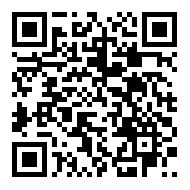 −− Kernel bids farewell to the market impression: Bt cannot only control Lepidoptera pests, but others too

Founded in 1999, Wuhan Kernel Bio-tech Co., Ltd. (Kernel) is a high-tech enterprise engaged in research and development, production and sales of biopesticides, biofertilizers and biostimulants.

The company’s high-quality Bacillus and agricultural antibiotic products have been exported to more than 20 countries and regions across Europe, the United States, Japan, South Korea, South America and Southeast Asia.

In October 2011, Grand Pharmaceutical Group, which is listed in Hong Kong (HK00512) acquired Kernel; in August 2017, Mitsui & Co., Ltd made an equity investment in the company; in December 2020, Phase I of the Xiantao Plant began production at full capacity. For many years, Kernel has maintained its stable and high-speed growth in biological products’ research and production.

Kernel develops multi-target Bacillus thuringiensis (Bt) series products which can control not only Lepidoptera pests, but also Coleoptera pests (such as potato beetle, striped flea-beetle on cruciferous vegetables), mosquito larvae (wriggler), nematodes and Chinese chive maggot. Among these products, Bt HAN055 is the first Bt nematicide registration granted in China. Bt G033A is the only genetically engineered Bt strain granted for pesticide registration in China. Bt KN-11 and Bt G033A wettable powder is respectively the first and second Bt product approved in China for control of Fall armyworm. Up to date, Kernel owns the maximum number of Bt registrations and industrialized Bt products in China, with 15 Bt registrations. According to its in-depth study on Bt fermentation technology, the potency of Kernel’s Bt technical powder reaches 80000 IU/mg, with crystal protein content exceeding 20%. Kernel has set up a fully-equipped Bt product quality control system. In the company’s insectary, more than ten kinds of target insects are cultivated, including cotton bollworm, beet armyworm and Aedes, allowing for a real-time monitor of product quality of all batches.

Through the continuous study of the fermentation and extraction techniques of Validamycin, the purity of Kernel’s Validamycin A reaches 85%, which is internationally advanced. Following the technical breakthrough in the production of Validamycin, the company has successively developed a variety of antibiotics. It has started production of Kasugamycin and pyrimidine nucleosides, of which ″尽克®″ (Kasugamycin 3% + 5.0 x 108 CFU/mL Paenibacillus polymyxa) is the only pre-mixed product of antibiotic and microbe registered in China, which can effectively prevent and control the tomato bacterial spot. The Kasugamycin 6% SL, Cangtian-manshou（仓田满收®）, has an excellent effect in the prevention and control of rice blast, citrus canker and the cucumber bacterial spot.

Kernel owns more than 100 patented Bacillus strains, of which more than 20 have been put into industrial production. These include Bacillus subtilis, Bacillus amyloliquefaciens, Paenibacillus polymyxa, Bacillus pumilus, Bacillus licheniformis and Paenibacillus mucilaginosus which are widely used in biopesticides, microbial fertilizers, feed additives and water treatment.

Adhering to the company spirit of ″Integrity, Diligence, Collaboration, Advance″, Kernel has extensive cooperation with famous world and domestic enterprises and research institutions. The company has a vital biopesticide research and development team comprising 40 research engineers, including the nation’s top experts, doctors and masters. In addition, they are fully engaged in researching strain breeding, fermentation techniques, pilots and scale-up production, post-extraction, formulating, detection and application. The expert team has rich experience in the industrialization of research achievements, being capable of completing research of Bacillus strain and commercialization of Bacillus product within a period of 60 to 90 days. The company’s research platform has a full-scale analytical and testing capability which enables accurate detection of spores, the metabolics (such as plant hormone IAA, IP, immune inducing substances SA and JA, etc), phages and pathogens.

At present, Kernel has two production plants. The first is the Wuhan plant, located in Guannan Industrial Park of the Biological Industry Base of East Lake Development Zone. It covers an area of 80 mu (1 mu = 1/15 Ha), for production, post-extraction and formulation of Bs, Bt and antibiotics. The second is a new plant at Xiantao in the New Material Industrial Park of Xiantao High-tech Zone. It covers an area of 200 mu, to be built in three phases, where Phase I has been built with four automatically-controlled 120-ton fermentation tanks, having Bt, Bs and Validamycin technicals production capacity. The total production capacity of the Wuhan plant and Phase I of the Xiantao plant adds up to 60,000 tons of fermentation broth per year. The Phase II of the Xiantao plant, for which construction is ready to kick off, is expected to add three 120-ton fermentation tanks and several formulation production lines for formulating liquid, powder and granule products. The discovery of Bt provides a bright prospect for applying living microorganisms to control plant pests. Following and implementing the idea raised by the ″Father of Chinese Bt insecticide″ - Professor Xie Tianjian, and his team of ″growing Chinese biopesticide industry bigger and stronger,″ Kernel has developed more than 10 different types of Bt insecticides.

Kernel’s Fubang（斧邦®） is China’s unique product based on Bacillus thuringiensis 2% + indoxacarb 3% SC, which is formulated by patented Bt strain and high-purity indoxacarb technical, being extremely sensitive to Lepidoptera pests. Besides indoxacarb and insecticidal crystal protein, the product contains many varieties of insecticidal substances produced during Bt fermentation, such as enzyme, polypeptide and small molecule active substance. In addition, various active substances will act on multi-target receptors of pests, which can reduce the expression level of the detoxification enzymes inside pests, also reduce the resistance of pests, being a new tool for control of resistant Lepidoptera pests.

In agricultural production, the presence of pathogens is not a decisive condition for the occurrence of diseases, which are, in fact, subjected to various factors, such as soil condition, climate, pathogens’ population and crop growth status. Kernel, focusing on crops, created a biological application technology on the interaction among root-soil-microbe. Based on its diversified functional Bacillus resource, Kernel developed Straw decomposition, Seed treatment, Microbial fertilizer, bioinsecticide, biofungicide and biostimulant and established a distinctive Crop Full-growth-period Green Solution to protect crops, improve quality and increase yield from seed health, soil health, root health, leaf health and fruit health.

From 2019 to 2022, Kernel’s Crop Full-growth-period Green Solution has grown into a mature and well-established solution to solve farmers’ problems, such as improving wheat saline-alkali farmland, controlling cotton wilt and soil-borne diseases on greenhouse vegetables. After three consecutive years, Kernel’s Crop Full-growth-period Green Solution, being successfully inserted into farmers’ existing management program, is proved to be effective in the reduction of the occurrence of soil-borne diseases, increasing crop yield and improving fruit quality.

Kernel has 23 years of practical experience in the production and application of biological products, professional R&D and quality control teams. It has leading production facilities and capacity, diversified products and application technologies, and an open and cooperative attitude. Kernel is willing to join hands with their global counterparts to contribute to the development of green agriculture.

The 4th Biopesticides, Biostimulants and Novel Fertilizers International Summit (BioEx 2023) will take place on 9th & 10th March in Hangzhou, China. We are pleased to invite you to participant!