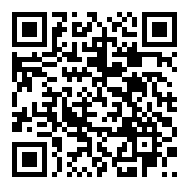 How CRISPR could help save crops from devastation caused by pests

Calyxt, Inc. (Nasdaq: CLXT), a plant-based synthetic biology company, and Cibus, a leader in precision gene editing in agriculture, announced that both companies have entered into a definitive merger agreement under which Calyxt and Cibus will merge in an all-stock transaction. The merger will create a new industry-leading company that combines the two pioneers in agriculture-based gene editing and establishes one of the world's most sophisticated facilities for trait development and next-generation plant breeding.

The combined company will be a leader in two key applications for gene editing in agriculture:

Cibus has a broad pipeline of productivity traits and collaborations with several leading seed companies. It is currently launching three important productivity traits: one in canola and two in rice with transfers to customers for commercialization beginning in the first half of 2023. In addition, Cibus and Calyxt are both working with leading consumer product companies to develop more sustainable ingredients.

"Cibus is an excellent strategic fit for Calyxt given our complementary technology platforms, and the merger provides a great opportunity to leverage multiple synergies to drive innovation and shareholder value," said Michael A. Carr, President and Chief Executive Officer of Calyxt. "I am deeply proud of the significant accomplishments made by our team and their commitment to further science in significant ways."

"We believe 2023 will be a transformative year for Cibus due to many of our major accomplishments that are coming to fruition this year," said Rory Riggs, Co-Founder, Chief Executive Officer, and Chairman of Cibus. "Through our Trait Machine™, which is planned to come on-line in a stand-alone facility in 2023, we are preparing to transfer our first product: a pod shatter reduction trait in canola in the elite germplasms of five different canola seed companies. In addition, in 2023, we are preparing to transfer two different herbicide resistance traits in rice in the elite germplasm of a leading North American rice seed company. Each of the three developed traits have been determined not to be regulated articles through the USDA's "Am I Regulated" process, which was replaced with the SECURE Rule's confirmation process. The successful development and transfer of these first traits to our customers will be an important milestone in the gene editing industry. It will also be a major commercial milestone in the growth of Cibus. We are very excited by the ability of this transaction – through the addition of both Calyxt's state-of-the-art gene editing facilities and its talented scientists – to accelerate our growth."

"2023 is also expected to be an important year for the regulations covering gene editing in agriculture with the European Commission and many other countries reviewing their laws for regulating certain new genomic techniques," added Peter Beetham, President and Chief Operating Officer of Cibus. "Notably, the UK is on course to introduce new laws broadly consistent with the laws from a growing list of important trading nations including the United States, Canada, Argentina, Brazil and Japan. These regulatory changes, if adopted, promise to enable more open and fair trade in agriculture for these new technologies and encourage research and innovation, greatly increasing the potential of gene editing to contribute globally to sustainable agriculture, food security and climate resilience. This merger positions the combined companies to be a leader in this important new industry and to accelerate our progress."

"We are excited to combine our joint wealth of experience that consolidates landmark intellectual property in agricultural gene editing including Transcription Activator-like Effector Nucleases ("TALENs") and Oligonucleotide Directed Mutagenesis ("ODM")," said Greg Gocal, Co-Founder, Executive Vice President and Chief Scientific Officer of Cibus. "The merger of two of the original pioneers in what has become the field of gene editing in agriculture, will enable new and expanded partnerships and opportunities to make farming more productive and to create a new generation of sustainable ingredients that are renewable and low-carbon."

"Consolidating our innovative platforms into one entity brings a myriad of opportunities for step change innovations in the areas of productivity and low-carbon ingredients. I'm particularly excited for the teams of talented scientists from both companies to combine. I truly believe we will see a force multiplier effect of scientific discovery and operationalization to deliver these customer-demanded products in record time," added Travis Frey, Chief Technology Officer of Calyxt.

Upon closing of the transaction, the combined company, renamed Cibus Inc., will trade on the Nasdaq Capital Market. The current Cibus management team will lead the new combined organization with Rory Riggs assuming the roles of Chairman of the Board of Directors and Chief Executive Officer. Mr. Riggs has been the founder and Chairman/Director of many successful healthcare and biotechnology companies including Royalty Pharma, Fibrogen and Sugen and was the President and Director of Biomatrix (Nasdaq: BIOX) until its sale to Genzyme/Sanofi, where he launched Synvisc®, a leading biologic for the treatment osteoarthritis. Corporate headquarters for the combined company will be located in San Diego, California and Calyxt's offices, laboratory, and breeding facilities in Roseville, Minnesota will remain operational as a key site for the combined company.