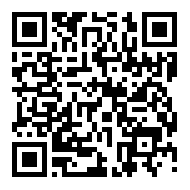 Best Agrolife Limited (BAL) has informed that it has received the registration for the indigenous manufacturing of Cyhalofop-butyl u/s 9(3) by the Central Insecticides Board & Registration Committee. Cyhalofop Butyl is a post-emergence herbicide that controls grass weeds’ growth in rice crops.

Vimal Alawadhi, MD, Best Agrolife Ltd (BAL), said, ″India is the second largest producer of rice, and it is cultivated on about 44 million hectares in our country. However, rice grain production in India suffers a yearly loss of more than 15 million tonnes due to weeds competition, mainly grassy weeds.″

With Cyhalofop-butyl, the organisation also announced that they had received the registration for the indigenous manufacturing of Propaquizafop Technical, another crucial post-emergence herbicide. Such indigenous manufacturing of herbicides can help rice production in India to a large extent by minimising losses. The estimated market size of Propaquizafop is Rs. 350 Cr. in India, and the global Cyhalofop-butyl market is set to reach USD 132.48 million in the coming years, as per the market research.

Vimal Alawadhi concluded, ″We received many important registrations and patents in the previous year, and the new year has begun on an excellent note as well. Our company achieved exponential growth in the last quarter, and we are scaling up our efforts and strategies to improve our performance further. A key element in this strategy is a continuously evolving product line. It helps us remain competitive and maintain our annual growth rate and EBITDA, which at present is at 30% and 20%, respectively."

BAL, as a company, manufactures Technical grade herbicides as well as the formulation of the molecules, which in turn helps in curtailing the surge in imports primarily from China which has made Indian manufacturing non-viable to a greater extent till now. These registrations have immense potential for value addition in Indian agriculture. They also work in line with the government policy of ″Atmanirbhar Bharat″ and ″Make In India″ mission.