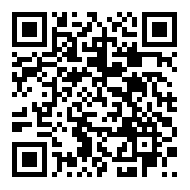 XAG Agricultural Drones, P40 and V40, have been granted the UK's first-ever Operational Authorization from the Civil Aviation Authority (CAA) for agricultural spraying operations. With the efforts of XAG's partner, AutoSpray Systems, drone spraying and spreading on farms become legal in the UK, which means that agriculture is about to embrace automation and AI for the net-zero goal.

Drone technology has been developed and widely used in various industries, where agriculture is one of the most promising. In the UK, the applications of drone are strictly regulated by the CAA. Drone's takeoff weight was limited to under 25kg, and dropping materials from drones is also prohibited. Although farmers have a growing demand for intelligent production tools, agricultural drones did not ground on UK farmland.

Change comes with the release of the UK Government's ambition statement and vision for commercial drones, after which CAA started to consider granting Operational Authorization to heavier spray drones. XAG's autonomous drones for agriculture can spray and spread precisely straight to the target. They not only conform to the operational safety standards, but also help farmers boost yields with less input.

According to PwC's forecast for the future of commercial drones in the UK, by 2030, the country will have 900,000 drones in operation, which would create 650,000 new jobs, contribute £45 billion to the UK economy, save £22 billion in business and reduce carbon emissions by 2.4 million tons. The widespread use of commercial drones will benefit the UK rural economy and reduce environmental footprints.

Environment, Food and Rural Affairs shows that the UK's utilized agricultural area accounts for 71% of UK's land total, which puts larger pressure on the environment. To help farmers produce in a greener, energy-smart way, the government released the Sustainable Farming Incentives. Farmers will be paid up to £40/hectare for the effective improvement of soil health and for mitigating climate change during production.

Traditionally, UK farmers use large tractors or self-propelled sprayers. In addition to high costs, the use of heavy ground machinery is limited by the rainy climate and mountainous terrain. The alternative solution is to apply the fully autonomous drone to reach and treat previously inaccessible land with no damage.

Since cooperating with Harper Adams University in research on precision agriculture in 2018, XAG has never stopped exploring the UK drone market. The grantee of Operational Authorization marks a significant change that agricultural drone officially set foot in the country.