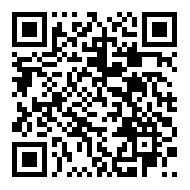 Global seed makers and the U.S. government welcomed the decision after Beijing's slow approval process disrupted grain exports and launches of crops that need clearance from China because it is one of the world's biggest agriculture markets.

The approvals are "a positive step towards resolving the longstanding challenges biotechnology developers face in obtaining import approvals in China," said the Biotechnology Innovation Organization in Washington, the world's largest trade association for biotech companies like Bayer AG.

Beijing has a cautious approach to GM technology and has not approved any major food crops for cultivation, despite President Xi Jinping's backing of the technology. China allows the import of GM crops used in animal feed, but trade partners say the process is not always based on science and is often driven by politics.

Among those approved were two glyphosate-resistant types of alfalfa first submitted for approval more than 10 years ago. The crops are owned by Land O'Lakes subsidiary Forage Genetics International, after being co-developed by the company and Monsanto, now owned by Bayer, said Glenda Gehl, Forage Genetics' vice president and general manager.

"This is a huge opportunity for alfalfa growers across the U.S.," Gehl said.

Access to biotechnology is especially important because of heightened concerns about global food security and high commodity prices, said Alexis Taylor, a U.S. Department of Agriculture under secretary, in an e-mail to Reuters.

Beijing promised to speed up access to its market under the Phase 1 trade deal concluded with the United States in 2020. The approvals come after the first meeting between U.S. President Joe Biden and China's Xi in November amid efforts to repair tense relations.

China could use the approvals as a goodwill gesture and as justification for a potential decision to cultivate more GM crops domestically, said John Baize, president of U.S. consultancy John C. Baize & Associates.

The crops were allowed to be imported for processing in China from Jan. 5 for the next five years. Germany
# Participating companies in 2021 CPEW #
Bayer and Kimitec join forces to bring the next generation of Biologicals to millions of growers worldwide
Follow
Source: Reuters
Click to bookmark and build your agrochemical knowledge base
Print
ForwardShare