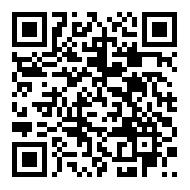 Amines that are mixed with popular herbicides to help them stick to surfaces and prevent them drifting and damaging nearby plants may actually volatilise themselves, a team of US researchers has suggested.

The amine additives could enter the atmosphere, where they pose risks for human health and affect atmospheric chemistry, warns the team from Washington University in St. Louis, Missouri, led by environmental and chemical engineer Kimberly Parker.

Drift problems, whereby sprays are carried on the wind and damage vegetation surrounding the target crop, are most strongly associated with the herbicide dicamba. But amine additives are also commonly used with glyphosate, 2,4-D and other herbicides, and their use has expanded as genetic modification has introduced herbicide-resistant crop varieties that allow producers to spray them during cropping rather than just to clear land before planting.

Parker’s team tested salt combinations of all three of these herbicides with a variety of amine additives, allowing them to dry and measuring gases released into the headspace above the samples, as well as the amount of herbicide and amine remaining after extended drying at various temperatures.

Using this data, the scientists could estimate how much herbicide and amine was lost due to volatility. Looking at the estimated rates of herbicide application, as well as survey data from American farmers indicating which specific amines were used with different herbicides, allowed the researchers to quantify how much of the amines might be entering the atmosphere.

‘While amine losses tended to be moderately higher from glyphosate salts than from dicamba and 2,4-D salts, amine losses were significant from all combinations regardless of herbicide type, indicating that similar phenomena may drive volatilisation in all cases,’ the researchers write.

They calculated that use of dicamba, 2,4-D and glyphosate together could release up to 4000 metric tonnes of amines annually in the US.

These findings were surprising because the chemistry doesn’t immediately suggest that amines volatilise in this way, and also because a lot of research has examined how amines enter the atmosphere while relatively little attention has been paid to understanding where amines come from, according to Parker. Until now, research into the use of amines with herbicides hasn’t really been considered, she said.

But dicamba producer Bayer is sceptical about the results. ‘This study was done with an aqueous solution of amine and herbicide (not Bayer’s formulation or any approved tank mix), under laboratory conditions, so it is unclear how this would translate to our formulation,’ the international chemicals giant says.

Bayer points out that commercial formulations may behave differently to the simple product-amine mixtures used in the study by these Washington University researchers. For example, Bayer says its XtendiMax product, a low-volatile formulation of dicamba, contains ‘VaporGrip’ technology to further reduce the pesticide’s volatility. ‘Amine volatilisation will not result in additional volatilisation due to presence of VaporGrip, which provides a buffering mechanism for keeping the pH at or very close to formulation pH,’ the company states.

Further, Bayer notes that the team did not test amine volatilisation from relevant matrices like soil and leaf surfaces, where the photolysis, sorption and microbial degradation properties would be different. The company also says the researchers made interpretations based on experiments carried out at very high temperatures (60–80°C), which are ‘environmentally unrealistic’, ‘not sustained’, and ‘not relevant to agricultural conditions’.

Although this study provides preliminary evidence that herbicide−amine salts may be an important source of atmospheric amines, the authors acknowledge that the magnitude of this source would be ‘better constrained’ by further investigations, particularly involving field measurements.

Source: ChemistryWorld
Click to bookmark and build your agrochemical knowledge base
Print
ForwardShare