【Country report】Mexico Agriculture: Thrive on the Shift from Efficiency to Resiliency / Serie #3 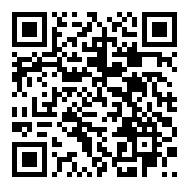 【Country report】Mexico Agriculture: Thrive on the Shift from Efficiency to Resiliency / Serie #6

This article will be available in 7 parts. Here is the 3rd part. Read the other parts here. The global pandemic, rising prices for agri-inputs and geopolitical conflicts have combined to cause fluctuations in the global food supply chain. What changes will these factors bring to the development of global agriculture? What is the impact on Mexican agriculture?

Research for agricultural development and extension has been underinvested despite the relatively recent financial crisis of 2008 and the following food prices crisis of 2011, which greatly contributed to the Arab Spring. Today, the quadruple threat of climate change, economic slowdown and global trade disruptions, and conflict in a major breadbasket is threatening food security in the Global South, particularly in countries of Africa, the Middle East and South Asia that rely on wheat imports from the Black Sea region.

For Mexico, higher energy and food prices make agricultural inputs like fuel and fertilizer more expensive for farmers who are already struggling with drought and erratic rainfalls. Although Mexico imports most of the maize and wheat grain it does not produce from the United States, these inflationary pressures are already driving food prices up and having an impact on consumers’ pockets.

However, this crisis also brings with it the opportunity to make agriculture more resilient to system shocks in Mexico and elsewhere. To achieve this transformation of agricultural food systems, the International Maize and Wheat Improvement Center (CIMMYT) is pushing forward short-, medium- and long-term mitigation and transition measures with the support of global research and development partners and donors; these include: in the short term, get the grain flowing, mitigate further food security shocks by boosting production in existing high and low productivity areas by applying demand and supply side market incentives, and explore flour substitution; in the medium-term, increase local, regional, and global resilience of wheat and cereal supplies, support self-sufficiency pathways combined with open trade, provide comprehensive technical support for production systems, and mainstream independent crop monitoring capacity; and in the longer term, shift from efficiency to resiliency in the overall agrifood system, address gender disparity in agriculture and rural communities, and sustain investment in the agrifood transition.

What do you think are the main challenges facing crop cultivation management and the trade of agricultural products in Mexico today? At present, one of the most pressing challenges is water scarcity exacerbated by la Niña’s occurrence. The global average of freshwater consumption for food production is 70 percent. However, Mexico ranks 24 in a global Water Stress Index facing high levels of stress by consuming between 40 and 80 percent of water supplies available in any given year. For that reason, it is of the utmost importance to increase agricultural efficiency by making every drop of water count. Improved crop varieties bred to withstand hotter and drier weathers help reduce water consumption in agriculture. However, heat and drought tolerant seeds only do half of the job. Conservation agriculture-based intensification practices do the other part by helping soils absorb water and retain moisture which, in turn, helps buffer crops from erratic rainfalls and optimize irrigation where available. For example, in northwest Mexico, one of the regions facing extreme drought this year, conservation agriculture-based intensification practices increase water productivity per hectare by cutting by half the volume of water needed to grow 1 kg of maize when combined with more efficient irrigation systems like drip irrigation.

Agrifood systems in Mexico and elsewhere also rely on stable weather conditions that determine productivity, crop quality and yields. In other words, agriculture is extremely sensitive to the effects of climate change. For example, researchers at CIMMYT found out that every 1°C increase in average night temperatures reduces wheat yields by 6 percent. It is necessary to prepare local food systems to a hotter and drier world by investing in agricultural research, extension and advisory services for farmers and in agricultural infrastructure. Breeding crops for heat and drought tolerance is the best insurance against the foreseeable effects of climate change. Moreover, it is necessary to transform agrifood systems by shifting their emphasis from efficiency to resilience, and from competition for scarce resources to inclusion and collaboration.

Mexico is an important food producer and exporter. Can you share a success story introduce Mexico's advanced experience in agricultural planting management? As one of the world's top wheat and maize research institutions, what specific work does CIMMYT involve? How does CIMMYT support the sustainable development of global agriculture?

CIMMYT is an international nonprofit agricultural research and training organization that empowers farmers through science and innovation to nourish the world in the midst of a climate crisis. Applying high-quality science and strong partnerships, CIMMYT works toward a world with healthier, more prosperous people, freedom from global food crises, and more resilient agri-food systems. CIMMYT's research brings higher productivity and better profits to farmers, mitigates the effects of the climate crisis, and reduces the environmental impact of agriculture. For example CIMMYT and research partners are mining the genetic resources of several staple crops including maize to use the genetic traits that will help crops perform better in future weathers. We also run a large global network of agronomic field trials that improve farming practices to make them more sustainable and resource efficient. These research networks or innovation hubs have verified that conservation agriculture-based intensification practices raise maize yields by between 0.85 and 1.8 tons per hectare in Mexico.

Why did the Mexican government ban imports of GM corn? What is CIMMYT's position on GM crops? What do you think is the relationship between the cultivation of GM crops and the conservation of biodiversity?

CIMMYT is committed to responsibly use traditional and novel technologies to ensure that small holder and resource-poor farmers benefit from the best that science can offer. The increases in agricultural productivity and efficiency needed by humanity will not come from any one technology alone. Traditional plant breeding—far and away the most significant source of gains in food crop yields worldwide—as well as improved farming techniques, training, improved local markets, better storage facilities, effective supply chains, and favorable agricultural policies are crucial.

CIMMYT endorses and follows the safe use of biotechnologies, particularly to safeguard biodiversity. CIMMYT recognizes and respects the sovereignty of individual nations to determine if, when, and how biotechnologies, including transgenics, are used in their territory, and provides technical support as requested in this process. However, CIMMYT’s primary approach involves conventional plant breeding.

Last year, CIMMYT attended COP26 in Glasgow, where the topic of soil health was discussed. Why does soil health matter?

Intensive and conventional farming practices often degrade soils by depleting microorganism diversity and nutrients but also by damaging soil structure, water infiltration and retention capacity, and by failing to mitigate erosion. As a result, farmers are prone to apply increasing amounts of fertilizers and pesticides that pollute the environment, increase greenhouse gas emissions and further exacerbate soil degradation.

Conservation agriculture can help improve soil fertility in traditional production systems. Conservation agriculture is based on three main components, which together can improve soil health in a wide range of conditions. These three components are: 1) reduce tillage to a minimum to prevent soil degradation from erosion and loss of structure and organic matter; 2) leave a permanent cover of a living crop, or mulching with crop residue, to protect the soil from erosion, conserve water and improve fertility; and, 3) practice crop diversification with crop rotation, polycultures, relay cropping or other diverse practices to reduce weeds, diseases and pests, and to improve biological fertility. The advantages of conservation agriculture vary from region to region and from field to field. Generally, there is a cost reduction due to lower costs of tillage. In rain-fed systems, yields are often higher, as mulch conserves moisture in the soil.

Organic matter content in the soil is one of the most important soil fertility determinants. Organic matter maintains soil structure and humidity, and is a source of nutrients to both, beneficial organisms and plants. When researchers evaluated aggregates’ structures in 20 sites, conservation agriculture treatments maintained a better structure, especially when wet. On the field, this means that when it rains the soil structure in conventional agriculture tends to collapse, so the rainfall cannot infiltrate the soil and is lost by runoff. This means less water for the plant to grow and a potential major cause of soil erosion.

In conservation agriculture on the other hand, the structure of the soil does not collapse as easily under rainfall allowing for higher water infiltration, which helps the plant overcome dry periods. Crop residues contain significant quantities of nutrients that would have to be supplied by fertilizers. Leaving the residues to decompose on the soil surface in conservation agriculture returns these nutrients to the soil, which can be absorbed by the following crop. When analyzing soil nutrients in the 20 sites, CIMMYT researchers found higher concentrations of nutrients in conservation agriculture, especially in the upper layer of the soil. These results confirm that soil quality improves considerably by improving management practices. For that reason, CIMMYT and partners work together to help farmers apply improved agricultural practices.

What will be the most critical factor for driving the development of Mexican agriculture in the next 5-10 years?

Today we have the accelerated breeding methods to develop the climate resilient, nutritious and high-yielding maize and wheat seeds that farmers need to increase and maintain their productivity sustainably in a climate change crisis. We also have the data to make informed decisions and issue recommendations tailored to farmers’ needs, and we have the integrated agri-food systems methodologies to help deliver the transformation of agricultural systems.

The most critical factor to drive development in Mexico’s agricultural sector will be whether or not we achieve a large consensus between different key stakeholders to take full advantage of the tools that we already have at our disposal by investing heavily in research for development and in scaling out sustainable farming practices and technologies, including farmer advisory services and early warning systems. This view is in line with an op-ed published earlier this year by a Bloomberg columnist, which concluded that: ″Nations should steer more money to organizations like the Mexico-based International Maize and Wheat Improvement Center that are advancing crucial research on how to grow more resilient wheat and maize crops in regions that are becoming steadily less arable.″