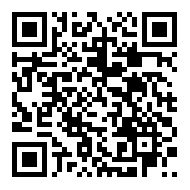 【Country report】Mexico Agriculture: Thrive on the Shift from Efficiency to Resiliency / Serie #6

The Registration processes and requirements for GM crops and pesticides used thereon in Brazil are extensive and complex.  They require expert understanding and interpretation; submissions for registration require experienced local operators to ensure that registrations are achieved and supported at optimum speed and cost.

SynTech has the full range of for GM laboratory, field and regulatory expertise/study capability, from Research to Registration. The Company has been involved in achieving GM registrations in Brazil and other territories in the Americas since these technologies were first introduced, and has become the leading CRO for clients seeking to introduce new GM crops in the LAM Region.

Brazil started the institutionalization of Biosafety from the 1980s to the 1990s, when DNA recombination technology was starting to look extremely promising for crop production worldwide. In this international context, considering the need to regulate the safe use of this technology in Brazil, the First Biosafety Law Nº 8.974 was published on Jan. 5th, 1995, 27 years ago. It was modernized by the Law Nº 11.105 on Mar. 24th, 2005, after  wide discussions involving the Government, civil society, and the production sector.

As a result, the National Technical Commission on Biosafety (CTNBio) was created in 1996, linked to the Ministry of Science, Technology, and Innovation (MCTI), which is charged to regulate and monitor the use of biotechnology in the country, ensuring that the manipulation of Genetically Modified Organisms (GMOs) does not generate short- or long-term damage to human health, human and animal consumption or the environment.

CTNBio has a multidisciplinary team of scientists, a total of 54 members (27 titulars and 27 surrogates), highly qualified and with notable technical capability, recognized worldwide for their eminently technical and independent expertise.

The Commission provides its judgements based on Risk Assessments of GMOs, taking into account all the scientific evidence available., particularly the data generated from studies performed by the Institutions responsible for the products, and scientific data from open literature,

The biosafety management system in Brazil is based on actions at three levels:

1) Accreditation of all public and private institutions that intend to work with GMOs, granting them a Biosafety Quality Certificate (CQB), using an Internal Biosafety Commission, CIBio, composed of qualified technicians and experts in the national norms of biosafety, who are responsible for forwarding all work proposals with GMOs to CTNBio.

2) Laboratory experimentation necessary for the development of biotechnologies that involve GMOs. This must be evaluated and authorized by CTNBio.

There are general rules that deal with projects and research in a containment regime and the Planned Release of GMOs into the environment. It is important to point out that in this experimental phase, many technologies have their development suspended.  Those that progress generate information that allows the preparation of a dossier for the purpose of submitting the claim, in order to request the release of the technology for commercial use. Other scientific data are considered in the evaluation.

3)  Public hearings that guarantee the participation of civil society and a broad debate on the technologies under analysis.

If the GMO technology is approved by the National Biosafety Council (CNBS), and supported by the technical positioning issued by CTNBio, and is a plant cultivar based on GMO technology, it will still have to be evaluated under the the specific legislation and meet the relevant regulations of the National Register of Cultivars.

The specific requirements for GMO registration in Brazil are based on Resolution nº 32/2021, which lists all the data required for GMOs (Annex I), Risk Assessment for Human and Animal Health for the organisms consumed as food (Annex II) and Environmental Risk Assessment for plants (Annex III).

1. Identification of the genetic transformation event, purpose, and use of the GMO and its derivatives;

2. Taxonomic classification, from family, to the most detailed level of the organism to be released, including, where appropriate, subspecies, cultivar, pathovar, strain, and serotype;

3. The introduced genes, the organisms of origin, and their specific functions;

4. The vector used and its host spectrum;

6. The risk classification of the genetically modified organism

7. The methods used for genetic modification;

8. Molecular characterization of the insert in the recipient organism, providing information

related to: (1) number of copies inserted; (2) location of the insert in the genome, when possible; (3) gene flanking sequences; and (4) nucleotide sequence of the transgene inserted into the GMO, indicating the regulatory elements present - promoters, cis-regulatory elements, polyadenylation sites, introns and exons, and transcription termination region;

9. The expression product of the inserted, altered, or deleted gene in the recipient organism, described in detail;

11. The genetic inheritance pattern of the inserted genes, when applicable;

12. Description of the pleiotropic and epistatic effects of inserted genes, when observed;

14. Genetic modifications included in the GMO that may alter its ability to reproduce, survive, disseminate or transfer inserted genes to other organisms; and

15. The performance obtained with the proposed use of the GMO, based on the data collected by the applicant

Risk Assessment for Human and Animal Health for the organisms consumed as food:

1. The history of use in food, in Brazil and in other countries, of the parent or donor organism, indicating the level of consumption, processing prior to consumption, and the species that feed on these organisms;

2. Comparisons regarding the chemical and nutritional composition between the food derived from the GMO and the non-modified, in natura or after processing and the existence of equivalence between the GMO and its parent organism, including the analysis of anti-nutrients, if substantial;

3. Analysis of the toxicity and allergenicity potential of the new proteins expressed and derived from the integration of the insert into the genome, by means of a silicon comparison of sequences with allergenic and toxic potential available in the literature of databases and in the literature;

4. Thermostability and resistance of protein to the digestion with pepsin or gastric fluid and intestinal simulated (SGF/SIF), under adequated conditions, and

5. For the proteins that show some evidence of allergenicity or toxicity, information that proves the safety of consumption of the GMO

1. The area of the natural occurrence of the parent organism of the GMO, its ancestors and wild relatives - centers of origin and genetic diversity - and ancestral species or wild relatives, existing in any Brazilian ecosystem involving the same genus as the unmodified parent species;

2. The history of cultivation and use of the parental organism in terms of safety for the environment, for human and animal consumption, with information on the possibility of introgressive hybridization with sexually compatible species and the possible selective advantage of the transgene that could lead to loss of genetic diversity;

3. The frequency with which the crossing of the parent organism of the GMO occurs, within the same species and with sexually compatible species, listing the evaluated species, the techniques used, and the resulting effects;

4. The dispersal ability of the GMO propagation and reproduction structures beyond the areas of cultivation and the mechanisms of its dispersion in air, water, and soil, providing information on the viability of plant pollen and indicating the potential pollinating agents and its geographic distribution in Brazil;

5. Changes in the GMO's ability to survive in environments other than those occupied by the parent, caused by the new characteristics introduced;

7. The possible effects on relevant indicator organisms in the ecosystems where it is intended to be cultivated, compared with the parent organism of the GMO, in a conventional production system;

8. The negative and positive impacts on target and non-target organisms that may occur with the release of the GMO, listing the evaluated species, the reasons for the choice, and the techniques used to demonstrate the impacts;

9. The resulting effects on the soil microbiota, including horizontal transfer, where applicable;

10. Modifications of the plant's ability to add or remove substances from the soil, as a result of the introduction of new characteristics, describing possible physical and chemical changes in the soil and contamination of adjacent water bodies that result from interactions with the GMO. This must be compared to conventional systems, when applicable;

11. Possible changes in the biodegradability of the GM plant, compared to the parental genotype, when applicable; and

12. The history of use of the GMOs and the countries where its commercialization and planting have already been authorized or refused.

REGISTRATION OF PESTICIDES FOR USE ON GM CROPS

Pesticides registrations have to be obtained for the use on GMO crops as well as for conventional crop,  using all the scientific evidence available.is, based on the Law nº 7.8092/1989, the Decree nº 4.074/2002, and all the regulations pertinent for the pest control,  using the process below:

All the Brazilian regulatory bodies involved (MAPA, ANVISA and IBAMA) will analyze the information related to product specifications, manufacturing process/synthesis for the sources of technicals and formulations, Specifics requirements are:

1) Agronomic Assessment, considering the efficacy and phytotoxicity to guarantee the  support for the label recommendation, the targets, the intensity of the pest damage, the doses, number of applications, interval between applications, application systems, instructions to avoid the resistance, and the maintenance of the efficiency of the target pests;

2) Toxicological Risk Assessment based on physicochemical studies, and all the studies necessary to compose the toxicological dossier (acutes, subchronics, chronics, mutagenicity, genotoxicity, metabolism and pharmacokinetics, effects on the development and reproduction, immunotoxicological, neurotoxicological, endocrine disruption, and/or mechanistic studies, when it is necessary), considering the weight of evidence and the relevance of effects to the human health.

3) Dietary Risk Assessment , based on endpoints selected from the toxicological dossier and the results obtained from the residue studies performed on crops, which will consider the instructions of use, mode of application, frequency of application, etc

4) Occupational, residents and bystanders Risk Assessment, is under discussion and will bebased on some endpoints from the toxicological dossier, considering the weight of evidence,  the expositiure due to the application system, use recommendations, etc.

5) Environmental Risk Assessment. This is based on

b) Ecotoxicological studies (acutes, chronics, the development and reproduction for some reference organisms that will represent the impact on soil organisms, aquatic organisms, terrestrial organisms, and non-target plants/animals). The weight of evidence and the impact of these on ecosystem services and the maintenance of biodiversity are considered.

Currently, the ERA is implemented for Pollinators, and the hazards are analyzed for other organisms. However, there are currently technical discussions at IBAMA, who aim to publish proposals to regulate the process for other organisms as soon as possible.