Regulations and Policies on Agrochemical Adjuvant in Europe 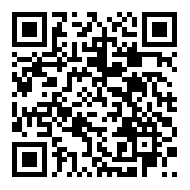 The requirement for evaluation of these substances has already been identified in EU Directive 91/414. In fact, the necessary capacity on the part of the authorities (dossier assessment, draft assessment report and proposal for decision) was not available at that time (1994 – 2005), as it was in conflict with the prioritisation of the existing active substances (approximately 1000) by 2005. Even with the 1000 substances, the European institutions were already overwhelmed. However, authorities in some national states had already established lists of chemical substances whose properties have been classified as not acceptable in plant protection products. These substances have been included in ″blacklists″ which went on to be used in the respective national product authorisations. In most cases, this was a result of national chemical approvals and/or prioritisation lists of the European Union where a possible risk was assumed to be possible. These evaluations were published in the EINECS database.

Regulation 1107/2009, the successor to Directive 91/414, saw the objective and necessity for evaluating adjuvants being renewed again in an almost unchanged form. This was done despite the fact that, due to the periodic re-evaluations of the active substances, it was not possible to carry out a comparable risk assessment of these substances, which are deliberately released into the environment in large quantities as components of plant protection products and many widely used chemical compounds.

Of course, the substances corresponding to their tonnage have been tested for their intrinsic properties in the field of chemical registration, food and pharmaceuticals and subjected to a risk assessment outside the plant protection application, but not within the plant protection application. We do not know the residues on food or in the environment if no immediate adverse effects are or have been apparent.

Comparable lists of requirements according to Commission regulation 283/2013 (active substance) do not currently exist. The testing of adjuvants in products already exists in principle, since the toxicity to non-target organisms is already covered by the experimental tests of the formulated plant protection product. Therefore, no exposure of individual adjuvants in the non-target area can be established at this time.

For this reason, it would certainly be useful to refrain from further modelling of environmental exposure on the basis of appropriate cut-off criteria (biodegradability, possibly without metabolism), since the modelling currently used for active substances is largely unrealistic and the predicted exposure concentration is significantly greater, sometimes even several orders of magnitude greater, than the real measurable values in monitoring studies. It is to be hoped that both the Member States and the EU institutions will adopt much more realistic and pragmatic approaches.

If you have any questions on this article, please contact Dr. Adolf Heintze