European Green Deal: EU agrees to strengthen and expand emissions trading, and creates a Social Climate Fund to help people in the transition 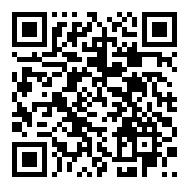 The European Commission welcomes the provisional agreement reached with the European Parliament and Council to strengthen the EU Emissions Trading System (ETS), apply emissions trading to new sectors for effective economy-wide climate action, and establish a Social Climate Fund. This deal is a fundamental step towards reaching the EU's commitment to reduce net greenhouse gas emissions by at least 55% by 2030. At the same time the Social Climate Fund will help to ensure that the transition is fair.

Against the backdrop of Russia's invasion of Ukraine, this agreement shows once again the EU's determination to become climate neutral by 2050, transform our economy and society, leave nobody behind, and ensure our energy security. To complement the substantial spending on climate in the EU budget, Member States will spend the entirety of their emissions trading revenues on climate and energy-related projects and to address social aspects of the transition.

The EU ETS puts a price on CO2 and lowers the permitted level of emissions every year in sectors including power and heat generation, energy-intensive industrial sectors and commercial aviation. Today's agreement will reduce emissions from the EU ETS sectors by 62% by 2030, compared to 2005 levels. This represents a substantial increase of 19 percentage points compared to the 43% reduction under the existing legislation. The speed of annual emission reductions will also increase, from 2.2% per year under the current system to 4.3% from 2024 to 2027 and 4.4% from 2028. The Market Stability Reserve, which stabilises the carbon market by removing surplus allowances, will be strengthened. The agreement will gradually phase out free emission allowances to certain enterprises and phase in the Carbon Border Adjustment Mechanism (CBAM) between 2026 and 2034 for the sectors covered. This follows the provisional deal reached on CBAM by European co-legislators on 13 December.

The deal also includes shipping emissions in the EU ETS, making the EU the first jurisdiction to put an explicit carbon price on emissions from the maritime sector. To support Member States in their efforts to reduce emissions from buildings and road transport, and certain industrial sectors a new separate emissions trading system will start from 2027 for relevant fuel use. While so far emission reductions in those sectors have been insufficient to put the EU on a firm path towards its goal of reaching climate neutrality by 2050, the new system will ensure cost-effective reductions and generate revenue that will be available to Member States and for support under the Social Climate Fund. This upstream system will regulate fuel suppliers rather than households and drivers. Safeguards are put in place to allow the release of extra allowances on the market if prices exceed certain thresholds, and to avoid double pricing when existing national measures are in place.

The new Social Climate Fund will provide dedicated financial support to Member States to help vulnerable citizens and micro-enterprises with investments in energy efficiency measures such as home insulation, heat pumps, solar panels, and electric mobility. It will also be able to provide direct income support covering up to 37.5% of the new national Social Climate Plans. It will start operating in 2026, before the entry into force of the new ETS for transport and building fuels, and will be financed by €65 billion from the EU budget, plus 25% co-financing by Member States.

Today's provisional agreement now requires formal adoption by the Parliament and the Council. Once this process is completed, the new legislation will be published in the Official Journal of the Union and enter into force.

Since the EU ETS was introduced in 2005, emissions have been cut by 42.8% in the main sectors covered: power and heat generation and energy-intensive industrial installations. In 2021, installations covered by the EU ETS accounted for around 40% of the EU's total emissions. The strengthened rules will be crucial for the EU to reach its climate objectives under the Paris Agreement and make the European Green Deal a reality.

The European Green Deal is the EU's long-term growth strategy to make Europe climate-neutral by 2050. To reach this target Europe must reduce its emissions by at least 55% by 2030, compared to 1990 levels. This agreement on the revision of the Emissions Trading System and the creation of the Social Climate Fund is a fundamental step in the adoption of the Commission's ‘Fit for 55' legislative package to deliver the European Green Deal. It follows recent deals on the Emissions Trading System for aviation, on CO2 emissions standards for cars and vans, on the Effort Sharing Regulation, on Land, Land Use and Land Use Change and the Carbon Border Adjustment Mechanism.

At the end of the negotiations, Executive Vice-President Frans Timmermans paid tribute to Mauro Petriccione, the former Director-General for Climate Action who led the Commission's work on these proposals until he sadly passed away this Summer.

Quotes by Members of the College

Executive Vice-President for the European Green Deal, Frans Timmermans, said: ″Emissions trading is the centrepiece of our European Green Deal – putting a price on carbon. A stronger Emissions Trading System will help us drive investment into decarbonisation and reduce emissions further and faster, in line with our climate targets. With the new Social Climate Fund, the EU will ensure that our green transition is done in a way that protects our most vulnerable and helps them be part of the transition. At the end of a challenging year, this is much-needed positive news; in the face of strong headwinds, we continue delivering on the European Green Deal for a sustainable future.″

Proposal for a Regulation establishing a Social Climate Fund